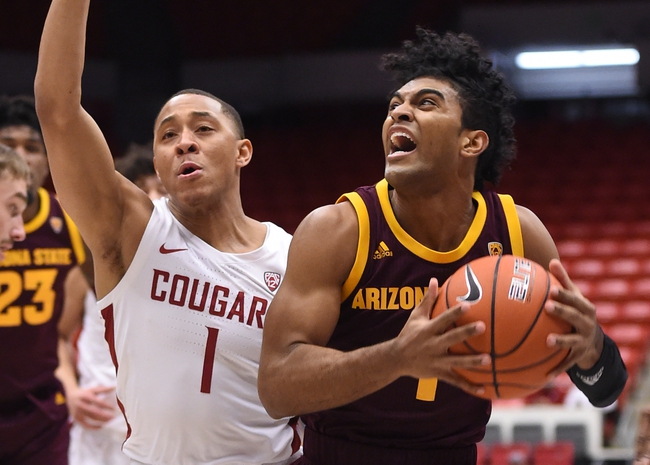 The Arizona State Sun Devils will travel to Alaska Airlines Arena to take on the Washington Huskies this Saturday night in College Basketball action.

The Arizona State Sun Devils are coming off a loss, dropping to 12-8 (8-4 PAC 12) on the season after being defeated by the Washington State Cougars, 67-65, this past Wednesday.  Arizona State found themselves down 48-33 with 15:35 left in the second half, however the Sun Devils were able to rally back before succumbing to a three-pointer from the Cougars CJ Elleby in the final seconds of regulation.  Arizona State shot 41.3% from the field but only 26.3% from beyond the arc.  Leading the way for the Sun Devils was Romello White who managed a double-double with 15 points, 11 rebounds 4 assists and a block. 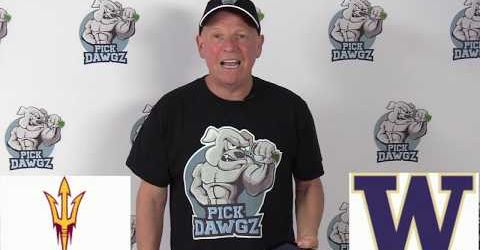 Defensively, Arizona State is allowing their opponents to average 68.6 ppg on 42.1% shooting from the field.  The Sun Devils have a rebound margin of -2.3 and a turnover margin of 3.4.

The Washington Huskies lost their 4th straight game and dropped to 12-10 (2-7 Pac-12) on the season after being defeated by the Arizona Wildcats, 75-72, this past Thursday. In a tight game late, Washington struggled offensively down the stretch, scoring just three points over the final 5:52 of regulation, and couldn’t fight back after a Jemarl Baker Jr. three-pointers for the Wildcats gave Arizona the lead for good with just :42 seconds left in regulation. Washington allowed Arizona to shoot 38.5% from beyond the arc and was committed 17 turnovers in the loss. Leading the way for the Huskies was Jaden McDaniels who had 12 points, 5 rebounds, 5 assists, 3 blocks, and a steal.

Defensively, Washington is holding their opponents to an average of 63.9 ppg on 37.4% shooting from the field. The Huskies have a rebound margin of 0.0 and a turnover margin of -1.6.

The Sun Devils come into this match-up ranked 149th in scoring offense, 166th in scoring defense, and 25th in turnover margin.

The Huskies have been led by their defense that ranks 56th in scoring defense and 12th in defensive FG%, however, have struggled offensively as the Huskies currently rank just 218th in scoring offense.

Arizona State has lost 4 of their last 7 games and can be inconsistent team on the road, however, I think it’s tough to trust a Washington team that has lost 8 of their last 10 games. Washington can have trouble putting up points and between he fact that the Sun Devils have covered ATS in three of their last four meetings and that the Sun Devils defense should be able to generate some turnovers, I think the play is taking Arizona State and the points here. Good Luck!