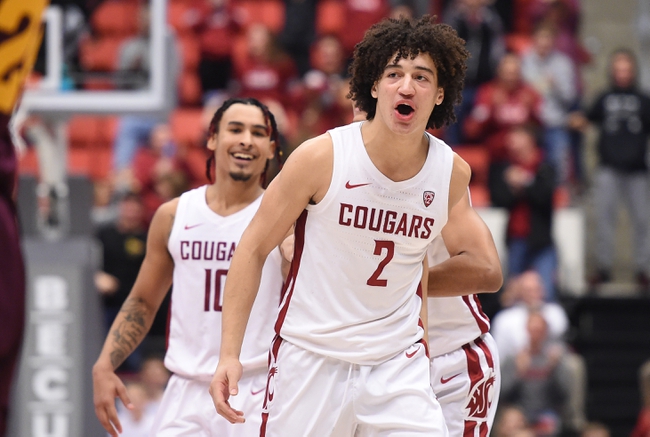 The Arizona Wildcats will travel to Friel Court to take on the Washington State Cougars this Saturday night in College Basketball action.

The Arizona Wildcats improved to 14-6 (4-3 Pac-12) on the season after defeating the Washington Huskies, 75-72, this past Thursday night. In a tight back and forth game late, Arizona was able to pull out the victory after a Jemarl Baker Jr. three-pointer gave the Wildcats the lead for good with just :45 seconds left in regulation. Arizona shot 38.5% from beyond the arc and forced Washington into committing 17 turnovers in the victory. Leading the way for the Wildcats was Jemarl Baker Jr. who had 17 points, 2 rebounds, 4 assists, and a steal. 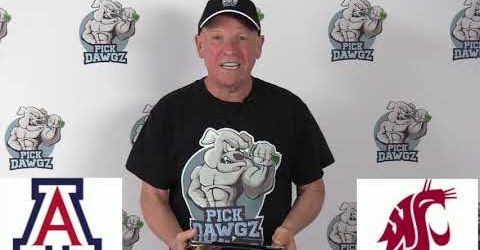 Defensively, Arizona is holding their opponents to an average of 66.1 ppg on 38.6% shooting from the field. The Wildcats have a rebound margin of 4.1 and a turnover margin of 2.7.

The Washington State Cougars are coming off a win and improved to 13-9 (4-5 PAC 12) on the season after defeating the Arizona State Sun Devils, 67-65, this past Wednesday.  Washington State went into half up 40-31, however, the Sun Devils fought back and kept it close until the very end.  A three-pointer with 4 seconds left on the clock by the Cougars, CJ Elleby, was the difference as Washington State was able to pull out the thriller in the final seconds.  The Cougars shot 41.1% from the field and 40.0% from beyond the arc in the victory.  Leading the way for Washington State was CJ Elleby who netted a double-double with 27 points, 12 rebounds, 3 assists and 2 blocks.

Defensively, Washington State is allowing their opponents to average 67.8 ppg on 45.4% shooting from the field.  The Cougars have a rebound margin of -0.8 and a turnover margin of 4.2.

Washington State has struggled at time offensively this season, as they currently rank just 191st in scoring offense & 315th in FG%, however, the Cougars have been decent defensively, ranking 137th in scoring defense and 17th in turnover margin.

There is no question that Arizona is the more talented team in this match-up however, as outside their OT victory at Oregon, the Wildcats are just 1-2 on the road in conference play this season. Washington State has been solid at home this season including wins over UCLA & Oregon and although I don’t think the Cougars get the win in this one, I think they do enough to cover with the large amount of points. Take Washington State to cover. Good Luck!