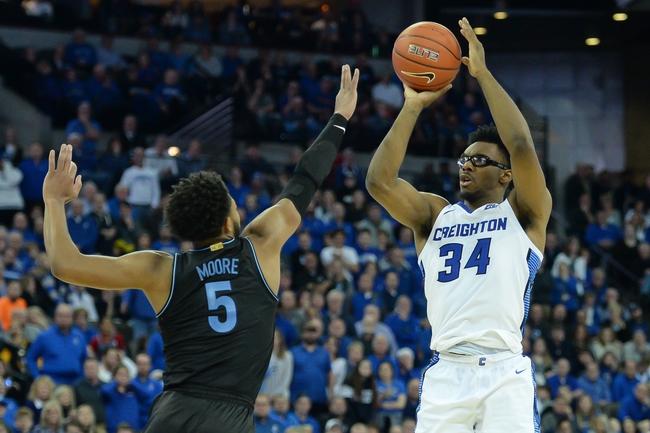 The Creighton Bluejays and the Villanova Wildcats meet in Big East conference college basketball action from the Wells Fargo Center on Saturday afternoon.

The Creighton Bluejays will look to add to their current three-game winning streak after a 77-66 win over Xavier last time out. Ty-Shon Alexander led the Bluejays with 24 points along with 4 threes and a 10 of 11 mark from the foul line while Marcus Zegarowski added 15 points with a team-high 6 assists and Mitch Ballock and Denzel Mahoney each had 14 points with Ballock shooting 5 of 9 with 4 threes to finish off the scoring in double figures for Creighton in the winning effort. Alexander leads Creighton in scoring with an average of 16.9 points per game while Christian Bishop leads the Bluejays in rebounding with 5.7 rebounds per game and Zegarowski leads Crighton in assists with 5.1 assists per game this season. As a team, Creighton is averaging 77.6 points per game on 46.3% shooting from the field, 37% from behind the arc and 73.1% from the foul line this season.

The Villanova Wildcats will look to build on their current seven-game winning streak after a 79-59 win over St. John’s last time out. Saddiq Bey led the Wildcats with 23 points on 8 of 14 shooting with 5 threes while Collin Gillespie added 17 points on 7 of 14 shooting with 3 threes, 13 rebounds and team-highs of 6 assists and 3 steals for the double-double. Jeremiah Robinson-Earl added 13 points with 14 rebounds for the double-double of his own while Cole Swider and Justin Moore each had 11 points to round out the group of double-digit scorers for Villanova as all five starters for ‘Nova finished in double-digits. Bey leads Villanova in scoring with an average of 15.3 points per game while Robinson-Earl leads the Wildcats in rebounding with 9.7 rebounds per game and Gillespie leads the Wildcats in assists with 4.7 assists per game this season. As a team, Villanova is averaging 74.6 points per game on 44.5% shooting from the field, 35.3% from behind the arc and 78.2% from the foul line this season.

I can understand the Wildcats being favored here as Villanova already owns a win at Creighton this year. However, I stand by what I’ve said before that this is one of the best Creighton teams that I can remember taking the floor, and the Bluejays are still really strong offensively and are experienced, enough so that they can hang with most teams on any given night. I do think that Villanova wins this game, but I can see it being a 3-5 point game at most, so I’ll take my shot with Creighton and the points in this one. 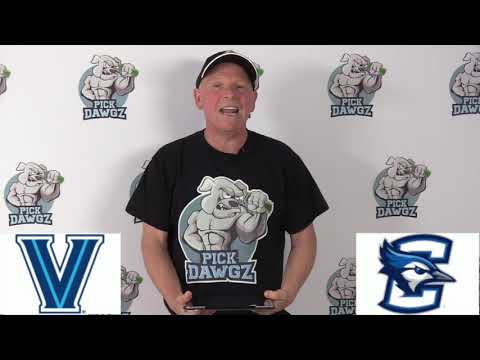