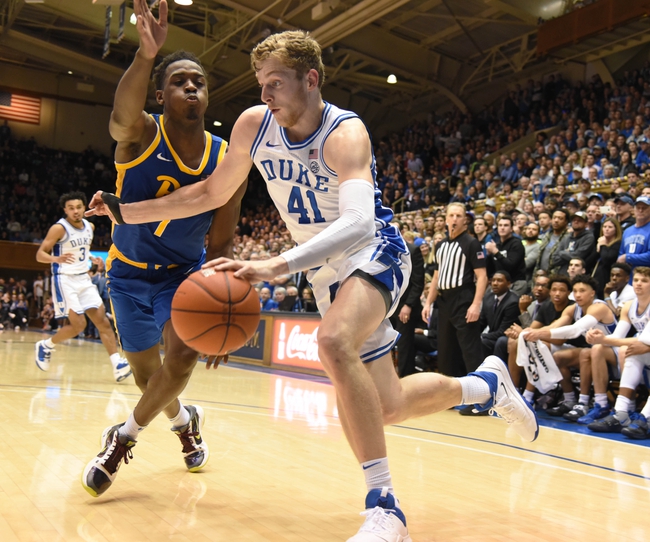 The Duke Blue Devils and the Syracuse Orange meet in ACC college basketball action from the Carrier Dome on Saturday night.

The Duke Blue Devils will look to build on back-to-back wins after a 79-67 win over Pitt last time out. Vernon Carey Jr. led the Blue Devils with 26 points on 11 of 17 shooting with 13 rebounds and 4 assists for the double-double while Tre Jones added 14 points with a team-high 8 assists and Jordan Goldwire added 13 points on 4 of 9 shooting with 3 threes, 5 rebounds and 3 assists. Cassius Stanley added 11 points with 7 rebounds to round out the group of double-digit scorers for Duke in the winning effort. Carey Jr. leads Duke in scoring and rebounding with an average of 17.4 points and 8.5 rebounds per game while Jones leads the Blue Devils in assists with an average of 6.8 assists per game this season. As a team, Duke is averaging the 4th-most points per game in the nation, putting up 82.7 points per game on 48.5% shooting from the field, 36.4% from behind the arc and 67.2% from the foul line this season.

The Syracuse Orange will look to rebound after a 71-70 loss to Clemson in their last outing. Elijah Hughes and Buddy Boeheim each had 22 points with Hughes shooting 6 of 14 with a pair of threes and an 8 of 9 mark from the foul line along with 5 steals while Boeheim went 9 of 21 from the floor with 4 threes. Joseph Girard III added 10 points to finish off the trio of double-digit scorers for Syracuse in the losing effort. Hughes leads Syracuse in scoring and assists with an average of 19.3 points and 4.1 assists per game while Sidibe leads the Orange in rebounding with 7.1 rebounds per game this season. As a team, Syracuse is averaging 73.2 points per game on 44.4% shooting from the field, 35.4% from behind the arc and 73.1% from the foul line this season.

I’ve gone back and forth on this one, as Syracuse has a tendency of getting up for Duke, especially at home, and the Orange faithful doesn’t make it easy on the Dukies at the Carrier Dome. However, Duke is just steamrolling teams left and right as of late, winning their last 5 games by 17.2 points per game and I’m just not sure that the Orange and the zone defense will be enough to keep pace with the Blue Devils here. I just see duke pushing their way past Syracuse here, so I’ll lay the points with the Blue Devils in this one. 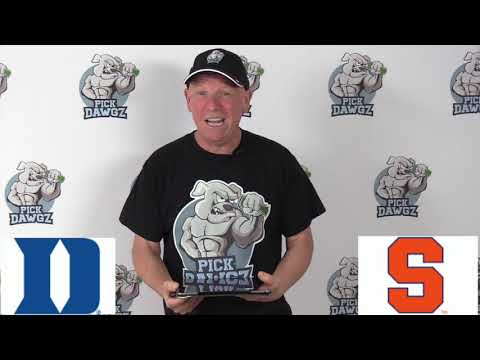