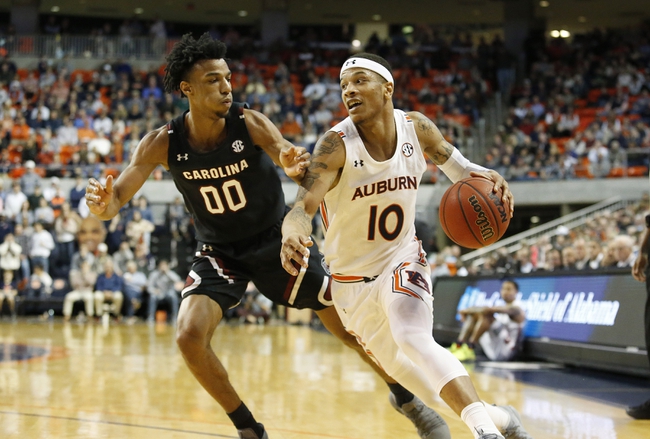 The Missouri Tigers and the South Carolina Gamecocks meet in SEC college basketball action from the Colonial Life Arena on Saturday afternoon.

The Missouri Tigers will look to build on a 72-69 win over the Georgia Bulldogs in their last outing. Dru Smith and Xavier Pinson each led the Tigers with 16 points with Smith doing his damage on 4 of 11 shooting with 3 threes while Pinson shot 4 of 8 with a pair of threes and a 6 of 8 mark from the foul line. Reed Nikko added 13 points on 5 of 7 shooting and Mitchell Smith added 12 points on 4 of 7 shooting with 3 threes and a team-high 7 rebounds. Javon Pickett added 11 points with 3 assists to finish off the scoring in double figures for Missouri in the winning effort. Dru Smith leads Missouri in scoring and assists with an average of 11.8 points and 4.2 assists per game while Mitchell Smith leads the Tigers in rebounding with 4.4 rebounds per game this season. As a team, Missouri is averaging 66.6 points per game on 41.3% shooting from the field, 31.1% from behind the arc, and 77.3% from the foul line this season.

The South Carolina Gamecocks will look to build on wins in 4 of their last 5 games following a 79-77 win over Arkansas last time out. A.J. Lawson led the Gamecocks with 19 points on 8 of 13 shooting with 3 threes while Jair Bolden added 12 points with a pair of threes and 3 assists and Trae Hannibal added 11 points. Maik Kotsar added 10 points on 5 of 9 shooting with a team-high 9 rebounds and a pair of steals to finish off the scoring in double figures for South Carolina in the win. Lawson leads South Carolina in scoring with an average of 14 points per game while Kotsar leads the Gamecocks in rebounding with 6.4 rebounds per game and Couisnard leads the Gamecocks in assists with 2.7 assists per game this season. As a team, South Carolina is averaging 71.2 points per game on 43.9% shooting from the field, 31.1% from behind the arc and 60.4% from the foul line this season.

I’d like to give Missouri a chance here with the points, but the issue I have is that a win over Georgia doesn’t move the needle much for me and really isn’t enough to make me forget about the issues that the Tigers have been having as a whole lately. South Carolina started out slow, but the Gamecocks have really stepped it up lately and I just think that they’re the better team here, so I’ll lay the points with South Carolina in this one.