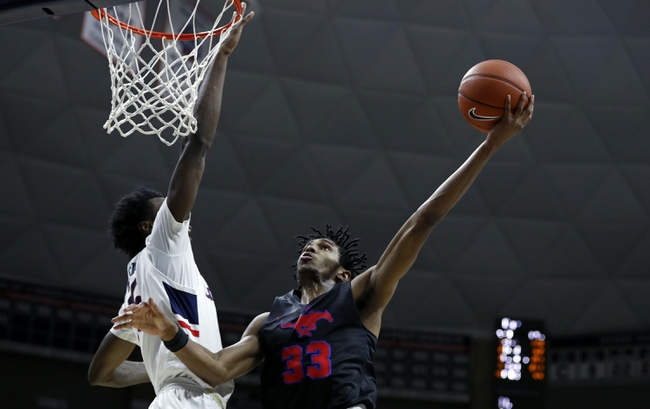 The Tulane Green Wave and the SMU Mustangs meet in AAC college basketball action from the Moody Coliseum on Saturday night.

The Tulane Green Wave could use a win to snap a four-game losing streak after a 66-52 loss to USF last time out. Christion Thompson led the Green Wave with 18 points on 6 of 9 shooting with a team-high 4 assists and 3 steals while Nic Thomas added 11 points with 3 threes and 3 assists as the only other Tulane player to score in double figures in the losing effort. Nobal Days added a team-high 5 blocks as well in the defeat for the Green Wave. TeShaun Hightower had 9 points but still leads Tulane in scoring with an average of 15.7 points per game while the aforementioned Thompson leads the Green Wave in rebounding and assists with an average of 6.4 rebounds and 2.8 assists per game this season. As a team, Tulane is averaging 68.7 points per game on 41.8% shooting from the field, 35.3% from behind the arc and 70.1% from the foul line this season.

The SMU Mustangs will look to bounce back after a disappointing 65-43 loss to Cincinnati last time out. Tyson Jolly led the Mustangs with 16 points on 5 of 10 shooting with 3 triples while CJ White added 11 points on 4 of 5 shooting with 3 threes and a team-high 6 assists as the only other double-digit scorer for SMU in the losing effort. Kendric Davis missed all 6 of his shot attempts, but pulled down a team-high 7 rebounds in the defeat. Despite the off night, Davis leads SMU in scoring and assists with an average of 15.2 points and 6.8 assists per game while Feron Hunt leads SMU in rebounding with 7.1 rebounds per game this season. As a team, SMU is averaging 74.9 points per game on 45.7% shooting from the field, 33.8% from behind the arc and 76.4% from the foul line this season.

I’ve gone back and forth on this one, and I was tempted a bit by Tulane and the points, but the Green Wave haven’t been good lately at all, averaging just 55.7 points per game in their last 4 games and failing to cover in each. SMU has cooled off a bit lately, but the Mustangs have still been picking up wins and covers at a decent rate and are just playing much better than Tulane right now. I’ll lay the points with SMU in this one.