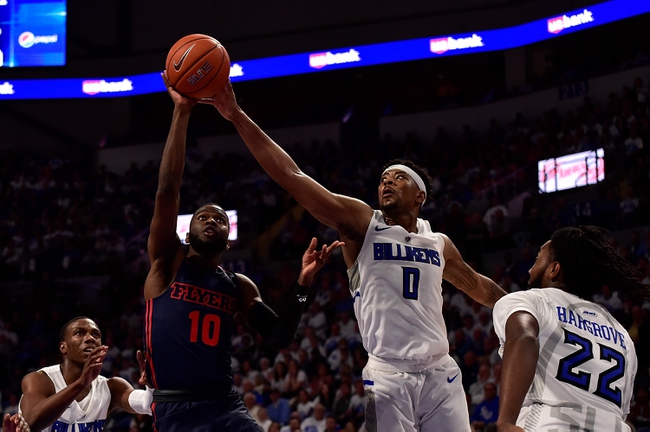 The Saint Louis Billikens and the Saint Joseph’s Hawks meet in A-10 conference college basketball action from Hagan Arena on Saturday evening.

The Saint Louis Billikens will look to build on a 77-76 win over La Salle last time out. Javonte Perkins led the Billikens with 15 points on 6 of 10 shooting with 3 threes while Jordan Goodwin and Hasahn French each had 12 points with a double-double as Godowin had a team-high 16 rebounds with 7 assists and 4 steals while French had 11 rebounds with 4 blocks. Demarius Jacobs added 11 points on 4 of 7 shooting with 3 triples and a pair of steals and Yuri Collins added 10 points with 5 assists to finish off the scoring in double figures for Saint Louis in the win. Goodwin leads Saint Louis in scoring and rebounding by averaging a double-double per game with 15.4 points and 11.1 rebounds per game while Collins leads the Billikens in assists with 5.6 assists per game this season. As a team, Saint Louis is averaging 71.2 points per game on 43.5% shooting from the field, 32.8% from behind the arc and 57.6% from the foul line this season.

The Saint Joseph’s Hawks will look to snap a three-game losing streak after a 91-76 loss to UMass last time out. Ryan Daly led the Hawks with 22 points on 9 of 16 shooting with team-highs of 7 rebounds and 6 assists while Rahmir Moore added 14 points on 4 of 6 shooting with 3 threes and Cameron Brown added 12 points with 5 rebounds to cap off the trio of double-digit scorers for Saint Joseph’s in the defeat. Toliver Freeman added 5 points with 7 rebounds as well in the losing effort. Daly leads Saint Joseph’s with an average of 19.2 points, 7.7 rebounds and 4.3 assists per game this season. As a team, Saint Joseph’s is averaging 70.2 points per game on 38.7% shooting from the field, 30.4% from behind the arc and 68.6% from the foul line this season.

I’m tempted by the points with the Hawks at home, as Saint Louis hasn’t been anything special on the road this season and just scraped by an average at-best La Salle team. However, the Hawks have just been terrible all season long and it’s almost at a point now where you don’t care how many points you’re getting with Saint Joseph’s, you just go the other way. I just think this is another game that the Hawks get bullied in and the Billikens push their way to a double-digit road win here so I’ll lay the points with the Billikens in this spot.