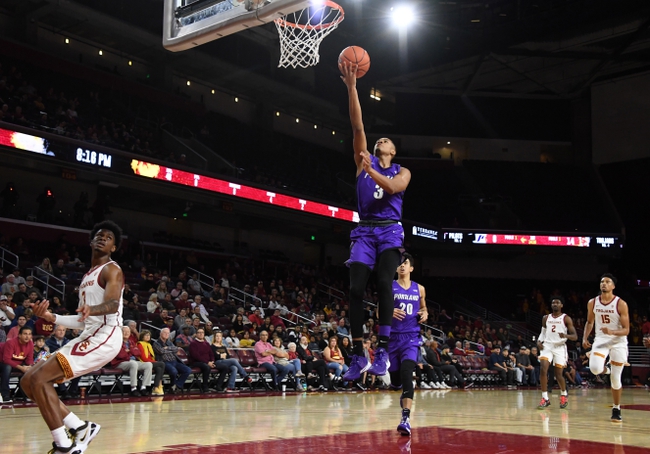 The Santa Clara Broncos will travel to the Chiles Center to take on the Portland Pilots this Saturday night in College Basketball action.

The Santa Clara Broncos dropped to 17-6 (4-4 WCC) on the season after being defeated by the 2nd ranked Gonzaga Bulldogs, 87-72, this past Thursday night. Santa Clara gave Gonzaga all they could handle in the 1st half and trailed by just a 40-36 margin at halftime, however, the Broncos struggled defensively in the 2nd half and couldn’t fight back after an 8-0 Gonzaga run gave the Bulldogs a 67-52 lead midway through the 2nd half. Santa Clara allowed Gonzaga to shoot 49.3% from the field and was outrebounded by the Bulldogs by a 43-32 margin in the loss. Leading the way for the for Broncos was Josip Vrankic who had a double-double with 15 points, 12 rebounds, 5 assists, and a block.

Defensively, Santa Clara is allowing their opponents to average of 70.2 ppg on 46.8% shooting from the field. The Broncos have a rebound margin of -0.9 and a turnover margin of 1.0.

The Portland Pilots lost their 6th consecutive game and dropped to 9-14 (1-7 WCC) on the season after being defeated by the Saint Mary’s Gaels, 86-64, this past Thursday. Portland had no answers on the defensive end agianst the Gaels and trailed by double-digits throughout the 2nd half after going into to halftime behind by a 47-30 margin. Portland shot 48.1% from the field, however, the Pilots defense struggled, allowing the Gaels to shoot 53.3% from the field and 45.0% from beyond the arc. Leading the way for the Pilots was Tahirou Diabate who had 18 points, 6 rebounds, 1 assist, and 4 blocks.

Defensively, Portland is allowing their opponents to average 70.2 ppg on 42.4% shooting from the field. The Pilots have a rebound margin of -4.5 and a turnover margin of -0.8.

Santa Clara has been led by their offense this season which comes into this match-up ranked 53rd in scoring offense, 39th in FG%, and 24th in assists per game.

Portland has struggled on both ends of the ball this season and currently ranks just 271st in scoring offense, T-204th in scoring defense, and 325th in rebound margin.

Santa Clara has been alternating wins and losses since the beginning of conference play, however, it’s been a struggle for the Broncos on the road this season as they are just 2-4 away from home this season. Portland has picked up just one win since mid-December, but it was an impressive win at home agianst San Francisco and between the fact that Portland has covered at home in their last two outings against the Broncos and that I think the Broncos will come out a bit flat after their big home match-up against Gonzaga, I think Portland does enough to cover with the points. Good Luck!