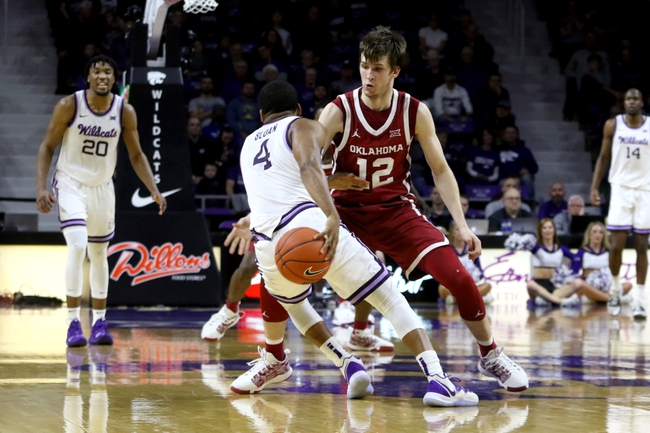 The Oklahoma State Cowboys and the Oklahoma Sooners meet in Bedlam on the Basketball Court in Big 12 conference college basketball action from the Lloyd Noble Center on Saturday afternoon.

The Oklahoma State Cowboys will still be looking for their first conference win of the season after a 65-50 loss to Kansas last time out. Cameron McGriff led the Cowboys with 18 points on 6 of 14 shooting with a team-high 8 rebounds while Isaac Likekele added 10 points as the only other double-digit scorer for OK State in the defeat. Kalib Boone added 4 points with 8 rebounds of his own while Lindy Waters III added 5 points with 3 assists. Waters III leads Oklahoma State in scoring with an average of 11.7 points per game while McGriff leads the Cowboys in rebounding with 6.5 rebounds per game and Likekele leads Oklahoma State in assists with 4.1 assists per game this season. As a team, Oklahoma State is averaging 66.6 points per game on 40.5% shooting from the field, 30.2% from behind the arc and 71.9% from the foul line this season.

The Oklahoma Sooners will look to find some consistency after alternating wins and losses in each of their last 5 games following a 61-53 loss to Kansas State in their last outing. Alondes Williams led the Sooners with 15 points on 6 of 12 shooting while Austin Reaves added 12 points on 3 of 8 shooting with a pair of threes and a team-high 4 assists as the only other Oklahoma player to score in double figures in the losing effort. Kristian Doolittle added 6 points with a team-high 11 rebounds while Brady Manek added 5 points with 6 rebounds and 3 blocks. Manek still leads Oklahoma in scoring with an average of 15.2 points per game while Doolittle leads the Sooners in rebounding with 8.8 rebounds per game and Jamal Bieniemy leads Oklahoma in assists with 2.9 assists per game this season. As a team, Oklahoma is averaging 70.9 points per game on 41.9% shooting from the field, 31.9% from behind the arc and 76.1% from the foul line this season.

I normally like to throw as many stats and trends out the window as possible in these rivalry games as anything can really happen. However, Oklahoma State has been brutal in conference so far this season, going 0-7 SU, scoring just 56.4 points per game and being outscored by 14.6 points per game. The Sooners haven’t been much better, but they’re at home where they’re outscoring their opponents by 9.1 points per game this season and should be able to add to the Cowboys’ misery here so I’ll lay the points with the Sooners in this one. 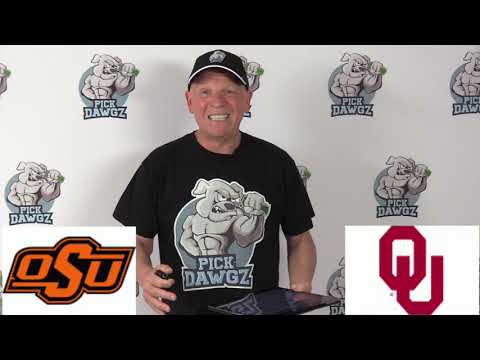