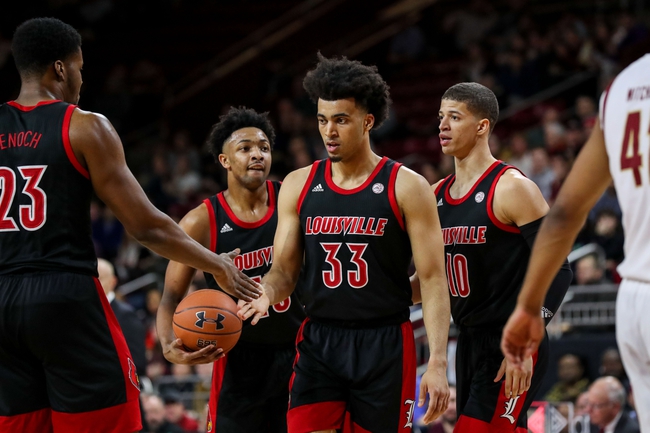 The 6th ranked Louisville Cardinals will travel to PNC Arena to take on the NC State Wolfpack this Saturday afternoon in College Basketball action.

The 6th ranked Louisville Cardinals are riding a 7 game winning streak improved to 18-3 (9-1 ACC) on the season after beating the Boston College Eagles, 86-69, this past Wednesday.  The Cardinals battled to a 45-43 lead at half before locking in defensively in the second half and cruising to an 86-69 victory, outpacing the Eagles 41-26 in the half.  Louisville shot 48.2% from the field and 44.4% from beyond the arc in the victory.  Jordan Nwora led the way for the Cardinals with an outstanding game netting 37 points, 9 rebounds, an assist and a steal.

Defensively the Cardinals are holding their opponents to 62.2 points per game on 37.2% shooting from the field.  Louisville has a rebound margin of 6.5 and a turnover margin of -0.8.

The NC State Wolfpack have lost their 2nd straight game and dropped to 14-7 overall (5-5 ACC) on the season after being defeated by the North Carolina Tar Heels, 75-65,  this past Monday.  NC State battled hard for most of the game but couldn’t find the final push they needed after the Tar Heel pulled away 71-61 with 3:50 left in the second half.  The Wolfpack shot just 20% from beyond the arc while allowing North Carolina to shoot 49.1% from the field.  Leading the way for NC State was Devon Daniels who had 17 points, 6 rebounds, 3 assists, and 3 steals.

Defensively, NC State has allowed their opponents to average 68.4 ppg on 42.2% shooting from the field.  The Wolfpack have a rebound margin of -0.4 and a turnover margin of 2.9.

Louisville been outstanding on both ends of the court this season, however, have really been led by their defense which currently ranks 34th in scoring defense, 8th in defensive FG%, and 28th in rebound margin.

NC State has split their last 8 games and come into this game ranked 97th in scoring offense, 159th in scoring defense, and 165th in defensive FG%.

NC State is an impressive 11-2 at home this season, however, the Wolfpack haven’t looked great over the past week in losses to both Georgia Tech and UNC. Louisville has won their last 4 road games, which included an impressive 79-73 victory at Duke, and between the fact that the Cardinals have won 4 of their last 5 games against NC State and that I think their defense is going to give the Wolfpack some trouble, I’m taking Louisville to cover this small road spread. Good Luck! 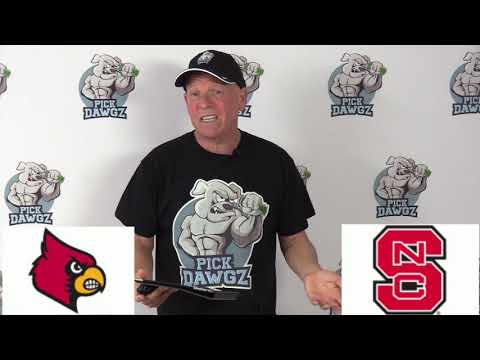