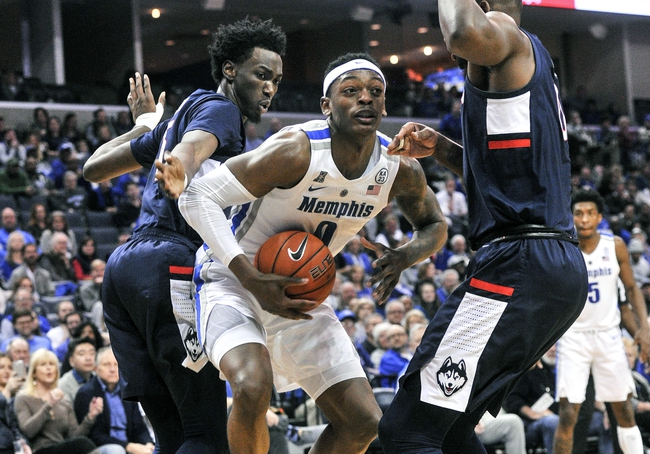 The UConn Huskies and Memphis Tigers meet Saturday in college basketball action at the FedExForum.

The UConn Huskies are simply an underachieving team that shows little improvement from game to game and loses on the road by an average of 10.3 points while shooting just 39.4 percent from the field. The Memphis Tigers win at home by an average of 19.7 points while shooting 48.9 percent from the field. If Memphis shoots anywhere close to season average, UConn will have trouble keeping up. I'll lay the reasonable chalk.