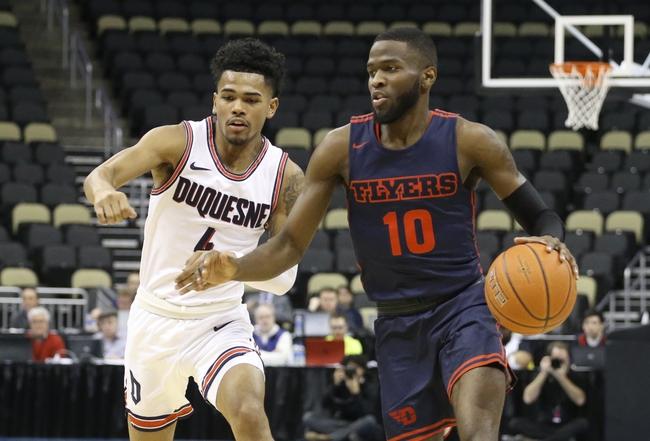 The Fordham Rams and the Dayton Flyers meet in A-10 conference college basketball action from the UD Arena on Saturday afternoon.

The Fordham Rams will look to rebound from back-to-back losses after a 62-55 loss to St. Bonaventure in their last outing. Ty Perry led the Rams with 16 points on 6 of 17 shooting with 4 threes and a pair of steals as the lone double-digit scorer for Fordham in the losing effort while Jalen Cobb added 7 points with team-highs of 7 rebounds, 6 assists and 3 steals. Cobb leads Fordham in scoring with an average of 11.4 points per game while Antwon Portley leads the Rams in assists with 3 assists per game and Onyi Eyisi leads Fordham in rebounding with 6.2 rebounds per game this season. As a team, Fordham is averaging 58.3 points per game on 38.1% shooting from the field, 32.2% from behind the arc and 61.3% from the foul line this season.

The Dayton Flyers will look to add to their current ten-game winning streak after a 73-69 win over Duquesne in their last outing. Obi Toppin led the Flyers with 22 points on 9 of 13 shooting with 10 rebounds for the double-double while Jalen Crutcher added 18 points on 6 of 9 shooting with 4 threes and a team-high 6 assists and Trey Landers added 12 points to finish off the trio of double-digit scorers for Dayton in the winning effort. Toppin leads Dayton in scoring and rebounding with an average of 19.8 points and 8 rebounds per game while Crutcher leads the Flyers in assists with 5.3 assists per game this season. As a team, Dayton is averaging the 3rd-most points per game in D-I, putting up 82.7 points per game on 52.8% shooting from the field which ranks as the best field-goal percentage in the nation, as well as a 37.6% mark from 3-point range and 72.5% from the foul line this season.

This line is tricky, as this is a ton of points and Fordham did just take St. Bonaventure to overtime. However, the Bonnies also beat Fordham by 20 when the Rams visited over a month ago, and Dayton beat the Bonnies by 26 points at home, their 2nd 26-point victory in their last 3 home games. This isn’t a game I’m looking to bet personally, but Dayton is that good and Fordham isn’t that the Flyers can cover this number. This game could be over by halftime so I’ll lay the points with the Flyers here.