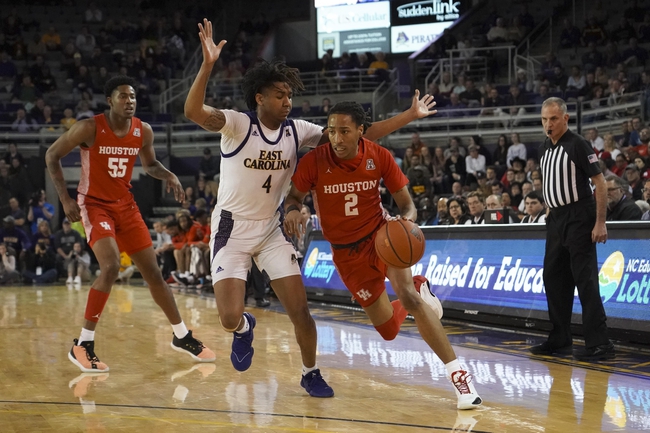 The 21st ranked Houston Cougars will travel to Fifth Third Arena to take on the Cincinnati Bearcats this Saturday night in College Basketball action.

The 21st ranked Houston Cougars won their fifth straight game and improved to 17-4 (7-1 AAC) on the season after defeating the East Carolina Pirates, 69-59, this past Wednesday.  The Cougars went into halftime with a 29-21 lead and never looked back as behind a strong defensive performance, Houston was able to extend their lead to 63-42 with 6:00 left in regulation. The Cougars held East Carolina to 32.8% shooting from the field and 17.4% beyond the arc.  Leading the way on offense for Houston was Caleb Mills who had 18 points, 6 rebounds and 6 assists.

Defensively, Houston is holding their opponents to 63.5 ppg on 37.9% shooting from the field.  The Cougars have a rebound margin of 10.2 which is best in the country and a turnover margin of -0.3.

The Cincinnati Bearcats have won three games in a row and improved to 13-7 (6-2 AAC) on the season after defeating the SMU Mustangs, 65-43, this past Tuesday.  The Bearcats took a commanding 33-19 lead into half and rode a dominating defensive performance to an easy win at home, peaking with a 63-39 lead with 2:29 left in regulation.  Cincinnati shot 48.1% from the field while holding SMU to 25.9% from the field. Leading the way for the Bearcats was Jarron Cumberland who had 28 points, 9 rebounds, 4 assists and 2 steals.

Defensively, Cincinnati is holding their opponents to 64.9 ppg on 39.5% shooting from the field.  Cincinnati has a rebound margin of 5.5 and a turnover margin of -0.2.

Houston has won 11 of their last 12 games and have been led by their defense this season as the Cougars currently rank 48th in scoring defense, 16th in defensive FG%, and 1st in rebound margin.

Cincinnati has won 5 of their last 6 games and also have been led by their defense that ranks 72nd in scoring defense, 39th in defensive FG%, and 46th in rebound margin.

These are two evenly match-up teams that have solid defenses, however, as Houston matches up well with the Bearcats size and have a solid 5-2 record on the road this season, I think the Cougars continue their recent success ATS vs. Cincinnati and at worst, cover with the points, Good Luck! 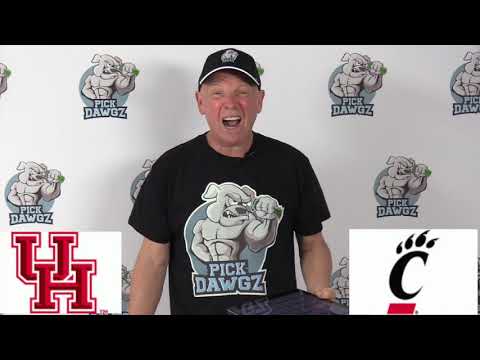