The Saint Mary’s Gaels and the BYU Cougars meet in college basketball action from Marriott Center on Saturday.

Saint Mary’s enters this one at 19-4 on the year. The Gaels are on a four-game winning streak right now, taking out Pepperdine, San Francisco, LMU and Portland during that time. 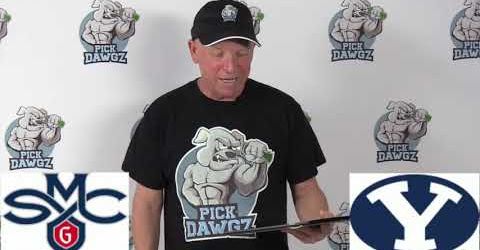 In the win over the Pilots, Saint Mary’s forward Malik Fitts led the team with 27 points, two assists and one rebound. Jordan Ford was also in double-digits there with 21 points, three assists and two rebounds.

Over on the Cougars’ side, they’re 16-7 so far. The Cougars are 2-2 in their last four games, falling to Gonzaga and San Francisco but otherwise taking out Pacific and Pepperdine.

In the win over the Waves, BYU’s Jake Toolson led the team on 25 points with five assists and three rebounds. Yoeli Childs added 21 points with nine rebounds and six assists there, and Alex Barcello had 13 points.

BYU is no slouch when it comes to scoring either, and considering the last meetup between these teams was an 87-84 home victory for the Gaels, anything could happen here. Should be a high-scoring affair; I’m taking BYU but staying away in reality.