The Wright State Raiders and the Milwaukee Panthers meet in college basketball action from UWM Panther Arena on Friday.

Wright State enters this one at 18-4 on the year. After their latest loss to UIC, the Raiders have notched three straight wins over Cleveland State, Youngstown State and Northern Kentucky.

In the win over the Norse, Wright State’s Tanner Holden led the way on 20 points with 13 rebounds. Billy Wampler provided 19 points with six assists and four rebounds there, and Loudon Love had 16 points and 11 boards.

Over on the Milwaukee side, they’re 10-11 this year. The Panthers are 2-2 in their last four games, with wins over Oakland and Youngstown state between losses to Detroit and Cleveland State in that time.

In the loss to the Vikings, Milwaukee’s only double-digit scorer was Darius Roy with 11 points, four rebounds and two assists. Te’Jon Lucas added nine points there, with four assists and one rebound.

Wright State has been more offensively consistent this season than just about every team in the country. The Raiders have hit at least 70 points in every game this year, and though they’ve had some close calls—and some games they’d like to have back—they’re finishing off games well.

As for Milwaukee, they’ve sputtered a bit scoring-wise but on the whole they’re a pretty good offensive team as well. The Panthers hit 73 or more in four straight games but managed just 53 in their last outing. This should be a pretty interesting matchup but I don’t see anything to push me off Wright State here. 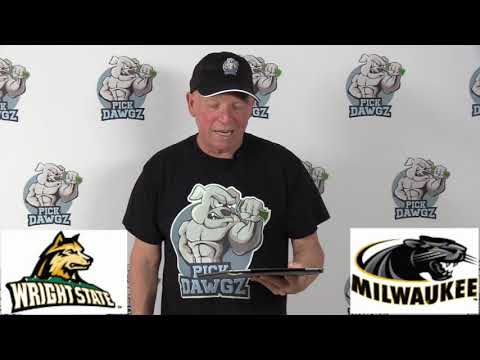