The Dartmouth Big Green will look to snap a five-game losing streak after a 70-66 loss to Harvard last time out. Taurus Samuels led the way with 18 points on 6 of 15 shooting with a pair of threes and 6 rebounds while Aaryn Rai added 16 points on 5 of 12 shooting with 7 rebounds and James Foye added 11 points with 3 triples to cap off the trio of double-digit scorers for Dartmouth in the losing effort. Chris Knight added 8 points with a team-high 9 rebounds as well in the defeat. Knight leads Dartmouth in scoring with an average of 13.1 points per game while Rai leads the Big Green in rebounding with 6.8 rebounds per game and Foye leads Dartmouth in assists with 2 assists per game this season. As a team, Dartmouth is averaging 66.9 points per game on 43.8% shooting from the field, 32.2% from behind the arc and 65.7% from the foul line this season.

The Princeton Tigers will look to add to their current four-game winning streak after an 87-41 win over subdivision Rutgers-Camden last time out. Keeshawn Kellman led the Tigers with 20 points on 9 of 11 shooting while Elijah Barnes added 10 points on a perfect 4 of 4 shooting from the field as the only other double-digit scorer for Princeton in the win. Jaelin Llewellyn had 3 points in 15 minutes but still leads Princeton in scoring with an average of 14.8 points per game while Richmond Aririguzoh leads the Tigers in rebounding with 8.7 rebounds per game and Ryan Schwieger leads Princeton in assists with 2.7 assists per game this season. As a team, Princeton is averaging 72.9 points per game on 46.3% shooting from the field, 33.5% from 3-point range and 70.7% from the foul line this season.

A win over a subdivision school doesn’t really move the needle for me much when it comes to laying points with Princeton, but the fact is that the Tigers are playing the much better basketball right now and are outscoring teams by 5 points per game at home and 11.8 points per game in their last 5 games. Dartmouth lost a pair of games to Harvard, who you can argue is the team to beat in the Ivy League right now, but I just don’t think that the Big Green bounce back in this spot. I’ll lay the points with Princeton here. 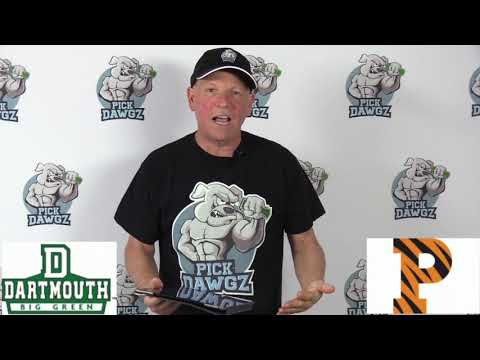