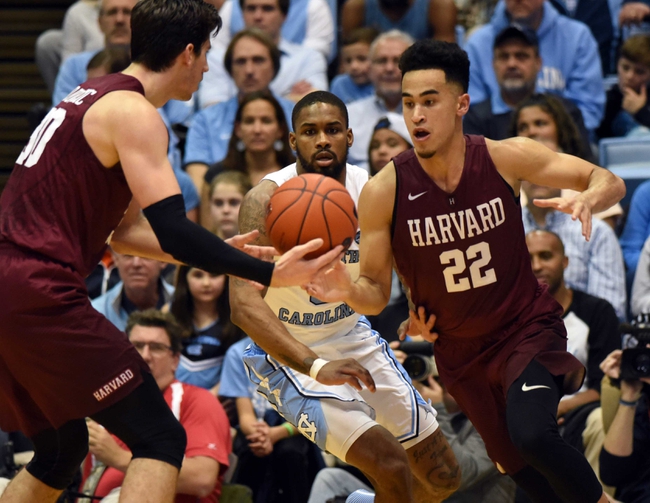 The Harvard Crimson and the Penn Quakers meet in Ivy League college basketball action from the Palestra on Friday evening.

The Harvard Crimson will look to add to their current eight-game winning streak after a second consecutive win over Dartmouth by a final score of 70-66 last time out. Noah Kirkwood led the Crimson with 17 points including 5 threes and 7 rebounds while Chris Lewis added 13 points on 6 of 12 shooting with a team-high 9 rebounds and a pair of blocks. Chris Ledlum added 12 points to cap off the trio of double-digit scorers for Harvard in the win while Christian Jzaung added 5 points and a team-high 4 assists. Bryce Aiken will miss this game with a foot injury, which is big as he leads the Crimson in scoring with an average of 16.7 points per game while Lewis leads Harvard in rebounding with 6.4 rebounds per game and Kirkwood leads Harvard in assists with 2.8 assists per game this season. As a team, Harvard is averaging 73.5 points per game on 46.2% shooting from the field, 34% from behind the arc and 71.6% from the foul line this season.

The Penn Quakers will look to build on a 66-59 win over Temple last time out. AJ Brodeur led the Quakers with 19 points on 6 of 12 shooting with 14 rebounds and a team-high 6 assists for the double-double while Jordan Dingle added 15 points on 6 of 13 shooting with 3 threes and Devon Goodman added 12 points. Ryan Betley added 11 points with 14 rebounds for a double-double of his own to cap off the scoring in double figures for Penn in the victory. Brodeur leads Penn with an average of 17.2 points, 9.1 rebounds and 4.5 assists per game this season. As a team, Penn is averaging 76.1 points per game on 45.6% shooting from the field, 32.9% from behind the arc and 66.8% from the foul line this season.

I’m tempted by a home dog most nights to at least give them a look, but the problem is that if you take the points with Penn, the line is so thin that you’re basically saying that the Quakers win this game and I just don’t see it. Harvard is a strong 6-1 SU on the road this season and are riding that eight-game winning streak coming into this one. Penn hasn’t been playing that great lately, so the line being so low feels kind of funky, but if it’s a trap, I’m biting. Give me Harvard here. 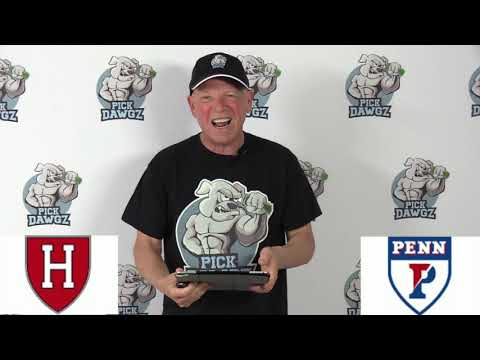