The Marist Red Foxes and the Niagara Purple Eagles meet in college basketball action from Gallagher Center on Friday.

Marist enters this game at 4-14 so far. The Foxes are 2-3 in their last five games, beating Manhattan and Iona while otherwise falling to Rider, Monmouth and Siena during that time.

In the loss to the Saints, Marist’s Tyler Sagl led the team with 17 points. The only other Foxes player in double-figures there was Tyler Saint-Furcy with 10 points, but Matthew Herasme added nine points and eight boards.

Over on the Niagara side, they’re 6-13 this year. After winning three straight versus Iona, Rider and Siena, the Eagles have lost their last two to Monmouth and Saint Peter’s.

Marist has shown some flashes here and there lately, as with their 158-point total combined in the Iona and Manhattan victories. The Foxes came back to earth versus Siena however, posting just 57 points and falling by 13.

As for Niagara, they managed only 53 versus Saint Peter’s but prior to that they’d logged 70 or more in four straight games. I feel like the better play is taking the Eagles to bounce back here and cover. 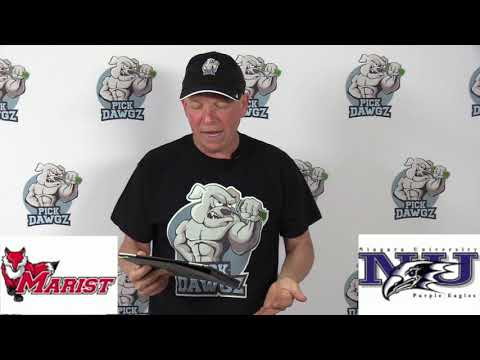