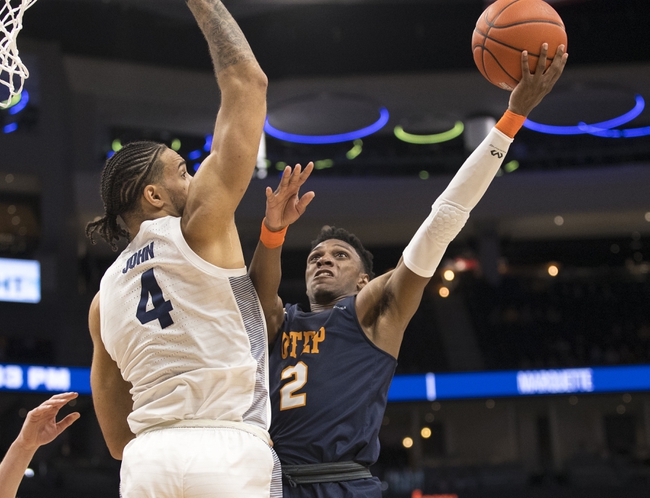 The Middle Tennessee Blue Raiders and the UTEP Miners meet in C-USA college basketball action from the Don Haskins Center on Thursday night.

The UTEP Miners will look to find some consistency after alternating wins and losses in each of their last 7 games following a 67-57 loss to North Texas last time out. Souley Boum led the Miners with 21 points on 6 of 12 shooting with a pair of threes while Bryson Williams added 18 points on 7 of 17 shooting with 6 rebounds and a pair of blocks as the only other double-digit scorer for the Miners in the loss. Williams leads UTEP in scoring and rebounding with an average of 18.5 points and 6.9 rebounds per game while Jordan Lathon leads UTEP in assists with 2.5 assists per game this season. As a team, UTEP is averaging 68.4 points per game on 43.3% shooting from the field, 28.2% from 3-point range and 77% from the foul line this season.

I get UTEP being favored at home here and Middle Tennessee winning a game over a not good Southern Miss team doesn’t do a whole lot for me in the grand scheme of things. However, maybe the win will spark a run of sorts for the Blue Raiders down the stretch to build some confidence. I’m not sure that the Blue Raiders win outright, but UTEP isn’t the kind of team that blows opponents out of the water, so I’ll take my shot with Middle Tennessee and the points here.