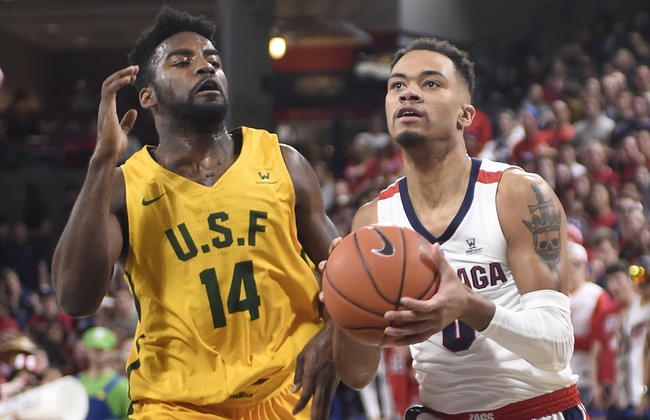 The San Francisco Dons will look to build on an 83-82 win over BYU last time out. Khalil Shabazz led the Dons with 32 points on a perfect 10 of 10 shooting with 6 threes and a 6 of 7 mark from the foul line along with 6 rebounds while Jamaree Bouyea added 23 points on 10 of 15 shooting with 3 threes and a team-high 5 assists with 3 steals as the only other double-digit scorer for San Francisco in the winning effort. Charles Minlend added 6 points with a team-high 7 rebounds as well in the victory. Minlend leads the Dons in scoring with an average of 14.7 points per game while Bouyea leads San Francisco in assists with 3.8 assists per game and Jimbo Lull leads the Dons in rebounding with 7 rebounds per game this season. As a team, San Francisco is averaging 77.5 points per game on 45.4% shooting from the field, 35.9% from 3-point range and 73% from the foul line this season.

The San Diego Toreros could use a win after losing 6 of their last 7 games following a 65-52 loss to Santa Clara last time out. James Jean-Marie led the Toreros with 14 points on 5 of 12 shooting with 4 rebounds and 3 blocks while Joey Calcaterra added 12 points as the only other double-digit scorer for San Diego in the losing effort. Yauhen Massalski added 5 points with 10 rebounds and 3 blocks while Finn Sullivan added 8 points with 7 rebounds and a pair of steals. Braun Hartfield had 9 points but still leads San Diego in scoring with an average of 13.2 points per game while Marlon Humphrey leads the Toreros in assists with 2.4 assists per game and the aforementioned Massalski leads the Toreros in rebounding with 6.9 rebounds per game this season. As a team, San Diego is averaging 66.5 points per game on 41.6% shooting from the field, 32.1% from behind the arc and 66.6% from the foul line this season.

The points with an underdog at home can be tempting, but the problem is that the Toreros haven’t played well in conference play so far this year and while San Francisco hasn’t been a world-beater, the Dons are still one of the better teams in the WCC and a win over BYU has to give the Dons some confidence going forward and maybe the Dons can crack the top 3-4 spot in the WCC standings come tournament time. I just think that the Dons are in a better spot right now, so I’ll lay the points with the Dons on the road here.