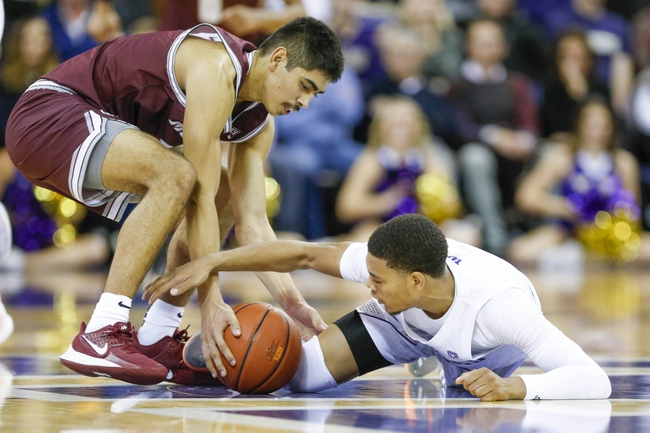 The Montana Grizzlies and the Portland State Vikings meet in Big Sky college basketball action from the Viking Pavilion on Thursday night.

The Montana Grizzlies will look to rebound after an 87-85 loss to Weber State in their last outing. Sayeed Pridgett led the way with 33 points on 14 of 29 shooting with a team-high 8 rebounds while Timmy Falls added 16 points on 7 of 9 shooting with a pair of threes. Josh Vazquez added 12 points coming on a 4 of 4 mark from 3-point range while Kendal Manuel added 10 points to round out the group of double-digit scorers for Montana in the win. Pridgett leads Montana with an average of 19.2 points, 7.5 rebounds and 3.3 assists per game this season. As a team, Montana is averaging 68.7 points per game on 44.9% shooting from the field, 33.5% from behind the arc and 71.5% from the foul line this season.

The Portland State Vikings will look to rebound from back-to-back losses after an 84-82 loss to Northern Arizona in their last outing. Sal Nuhu led the Vikings with 18 points on 8 of 11 shooting with 15 rebounds and a pair of blocks for the double-double while Holland Woods added 16 points with 3 threes and a team-high 7 assists. Lamar Hamrick added 15 points on 5 of 8 shooting with a pair of threes while Kyle Greeley added 11 points with a pair of threes to round out the group of double-digit scorers for Portland State in the losing effort. Woods leads Portland State in scoring and assists with an average of 17.1 points and 5.5 assists per game while Nuhu leads the Vikings in rebounding with 7.3 rebounds per game this season. As a team, Portland State is averaging 77.2 points per game on 44.2% shooting from the field, 33.3% from behind the arc and 68.9% from the foul line this season.

This line feels fishy to me as Montana’s been the best team in the Big Sky this season yet the Grizzlies are getting a free point here. However, if the line’s a trap, I’ll bit. The Grizz have been the team to beat in the Big Sky all season long, and Portland State hasn’t been much to write home about otherwise. I just like what I’ve seen from Montana lately, so I’ll take Montana and the free point in this one.