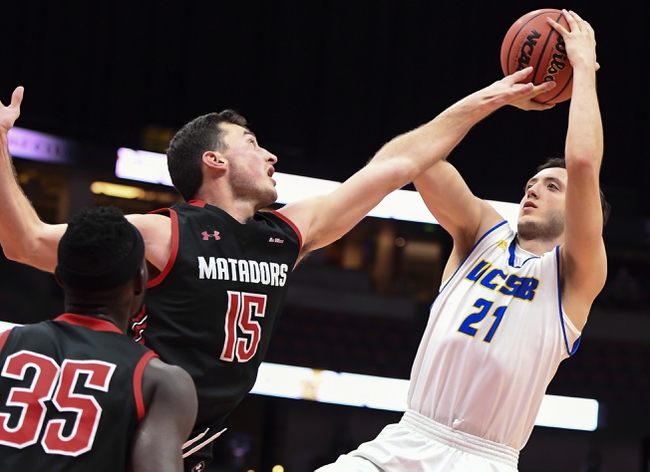 The UC Santa Barbara Gauchos and the Cal State Northridge Matadors meet in college basketball action from Matadome on Thursday.

The Gauchos come in here at 13-7 so far. Following a three-game losing streak versus Long Beach State, Hawaii and CSUN, UC Santa Barbara won their last game versus UC Riverside.

In the win over the Highlanders, UC Santa Barbara’s lead scorers (and the only ones on the team in double-figures) were Amadou Sow and Max Heidegger. Each had 16 points, and the duo combined for three assists and six rebounds.

Over on the CSUN side, they’re 8-14 this year. The Matadors are 2-2 in their last four games, beating UC Riverside and UCSB while otherwise falling to UC Davis and CSUF in that time.

In the loss to the Titans, Cal State Northridge’s Lamine Diane doubled up on 32 points, 12 rebounds and three assists. Terrell Gomez added 20 points there, and Elijah Harkless had 14 points with six boards.

UC Santa Barbara has been pretty good defensively lately, but in their last five games they’ve only surpassed 65 points just once—and that was in a loss, 83-75 to CSUN. The Gauchos need to post some better points totals like earlier in the season, but they don’t have the roster to do that consistently.

As for the Matadors, they’ve been more effective lately, but they’re still a little spotty finishing out games and they have quite a bit to work on. In any case, I like the CSUN offense well enough to take them on a cover here.