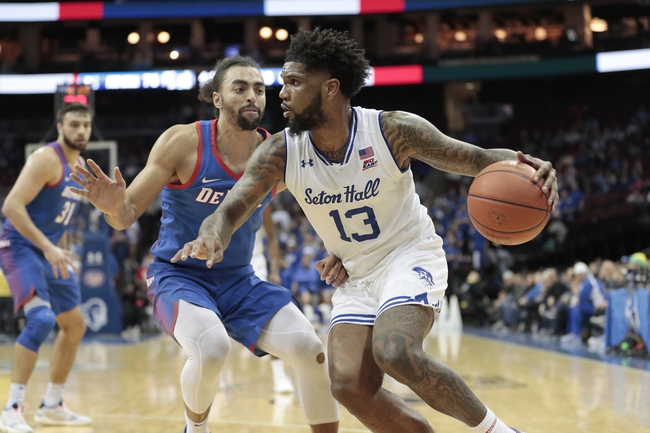 The DePaul Blue Demons are in dire need of a win after losing 6 of their last 7 games following a 79-66 loss to St. John’s last time out. Charlie Moore led the Blue Demons with 20 points along with 7 rebounds and a team-high 5 assists while Paul Reed and Jalen Coleman-Lands each had 15 points to cap off the trio of double-digit scorers for DePaul in the loss with Reed adding 12 rebounds and 3 blocks for the double-double while Coleman-Lands added 3 threes and 5 rebounds. Reed leads DePaul in scoring and rebounding by averaging a double-double per game with team-highs of 16.2 points and 11.3 rebounds while Moore leads the Blue Demons in assists with an average of 6.7 assists per game this season. As a team, DePaul is averaging 74.5 points per game on 45.4% shooting from the field, 32.5% from behind the 3-point line and 65.7% from the foul line this season.

The Seton Hall Pirates will look to add to their current nine-game winning streak after a 73-64 win over Providence in their last outing. Romaro Gill led the Pirates with 17 points on 8 of 10 shooting with 6 rebounds and a whopping 8 blocks while Jared Rhoden came right behind with 15 points on 6 of 8 shooting with a team-high 8 rebounds and Myles Powell added 14 points. Quincy McKnight added 11 points with team-highs of 8 assists and 3 steals to finish the double-digit scoring for Seton Hall in the victory. Powell leads Seton Hall in scoring with an average of 21.9 points per game while Rhoden leads the Pirates in rebounding with 6.2 rebounds per game and McKnight leads Seton Hall in assists with 5.5 assists per game this season. As a team, Seton Hall is averaging 75.5 points per game on 45.3% shooting from the field, 33.8% from behind the arc and 70.9% from the foul line this season.

We’re getting to the point that I’ve come to expect from DePaul every year, as the Blue Demons just have a tendency to run out of gas as conference play goes on, and this season has been no different. However, Seton Hall has had some close calls lately, and DePaul has some talented guys that can hang with Seton Hall. I just think this is a case of too many points, so I’ll take a shot with DePaul getting double-digits here. 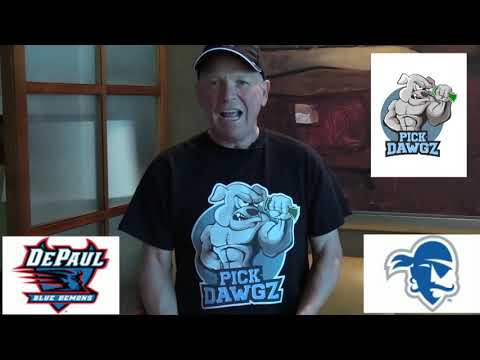