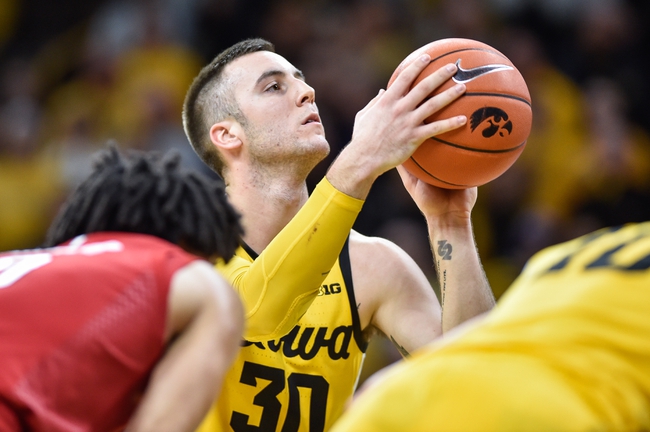 The Wisconsin Badgers and the Iowa Hawkeyes meet in Big Ten conference college basketball action from the Carver-Hawkeye Arena on Monday night.

The Wisconsin Badgers will look to find some consistency after alternating wins and losses in each of their last four games following a 70-51 loss to Purdue in their last outing. D’Mitrik Trice and Micah Potter led the Badgers with 11 points apiece, with Trice hitting a pair of threes while Potter shot 5 of 7 from the floor. Nate Reuvers added 10 points to finish off the scoring in double figures for the Badgers in the losing effort while Kobe King added a team-high 4 assists and Brad Davison added a team-high 4 rebounds. Reuvers leads the Badgers in scoring with an average of 13.8 points per game while Potter leads Wisconsin in rebounding with 5.4 rebounds per game and Trice leads the Badgers in assists with 3.4 assists per game this season. As a team, Wisconsin is averaging 66.5 points per game on 43.2% shooting from the field, 33.9% from behind the arc and 76.4% from the foul line this season.

The Iowa Hawkeyes will look to add to their current four-game winning streak after an 85-80 win over Rutgers in their last outing. Luka Garza led the Hawkeyes with 28 points along with 13 rebounds and 4 blocks for the double-double while Joe Wieskamp added 18 points with 4 assists and Joe Toussaint added 14 points with 7 rebounds and 4 assists. Ryan Kriener added 11 points to cap off the scoring in double figures for Iowa in the victory. Garza leads Iowa in scoring and rebounding with an average of 23.2 points and 10.3 rebounds per game while Connor McCaffery leads Iowa in assists with 3.6 assists per game this season. As a team, Iowa is averaging 80.2 points per game on 46% shooting from the field, 36.1% from behind the arc and 73.6% from the foul line this season.

I’m tempted by Wisconsin and the points, but the Badgers are having consistency issues while all Iowa has done consistently is win lately and the Hawkeyes have been covering the number at home like nobody’s business lately. The home trend in Big Ten play has cooled off a bit, but I just see Iowa continuing their strong home play with a win and cover in this one. 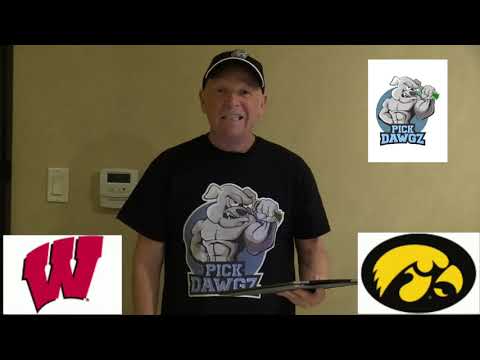