The Southern Utah Thunderbirds and the Idaho Vandals meet in college basketball action from Kibbie Dome on Monday.

Southern Utah enters this game at 11-7 overall. The Thunderbirds are 3-2 in their last five games, beating Montana State, Idaho State and Sacramento State while falling to Northern Arizona and Eastern Washington.

Over on the Idaho side, they’re 5-13 this year. The Vandals are on a four-game losing streak right now, falling to Montana State, Eastern Washington, Montana and Northern Colorado in that time.

In the loss to the Bears, Idaho’s Trevon Allen led the way on 23 points and five rebounds. Also in double-digits there was Damen Thacker with 12 points, three rebounds and two assists for the Vandals.

The Thunderbirds have been scoring quite well over their last four games, with at least 71 points in each of those outings. Southern Utah has gone just 2-2 in that time though, as they gave up 75 to Northern AZ and 81 to Eastern WA.

As for Idaho, they’ve put up just 116 combined points over their last two outings and have been pretty spotty when it comes to offense. All things considered here I feel better about Southern Utah on the cover. 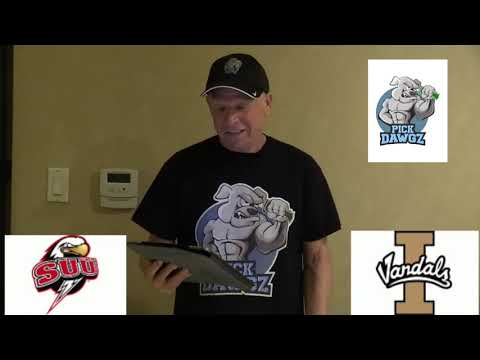