The Northern Colorado Bears will look to build some momentum after a 74-53 win over Idaho in their last outing. Trent Harris led the Bears with 17 points on 6 of 14 shooting with 5 threes and a team-high 7 rebounds while Jonah Radebaugh added 12 points with a team-high 13 assists for the double-double. Bodie Hume added 11 points with 3 triples and Matt Johnson added 10 points to finish off the scoring in double figures for Northern Colorado in the win. Radebaugh leads Northern Colorado in scoring and assists with an average of 15.4 points and 5.8 assists per game while Kai Edwards leads the Bears in rebounding with 7.4 rebounds per game this season. As a team, Northern Colorado is averaging 73.3 points per game on 44.4% shooting from the field, 36.7% from behind the arc and 67.9% from the foul line this season.

The Eastern Washington Eagles will look to add to their current three-game winning streak after an 81-78 win over Southern Utah last time out. Mason Peatling led the Eagles with 30 points on 11 of 16 shooting with team-highs of 11 rebounds and 5 assists for the double-double while Kim Aiken Jr. and Jacob Davison each had 11 points with Aiken Jr. adding 3 threes and 6 rebounds to finish off the trio of double-digit scorers for Eastern Washington in the win. Casson Rouse added a team-high 5 assists as well in the victory. Davison leads Eastern Washington in scoring with an average of 17.5 points per game while Aiken Jr. leads the Eagles in rebounding with 10.4 rebounds per game and Ellis Magnuson leads the Eagles in assists with 5.6 assists per game this season. As a team, Eastern Washington is averaging 83.1 points per game on 46.6% shooting from the field, 34.1% from behind the 3-point line and 66.3% from the foul line this season.

Getting Eastern Washington at home in a pick ‘em is tempting given how well the Eagles have done at home this season. However, the Eagles have had issues covering the number over the last month and a bit, and in a pick ‘em, a win is a cover, as obvious as that sounds. Northern Colorado has won 4 of their last 5 road games and are outscoring teams by 8.6 points per game over their last 5 games while the Eagles are being outscored by 1.2 points per game across their last 5. I’ll side with Northern Colorado on the road in this one.

Get Premium Picks Start Winning Now »
The pick in this article is the opinion of the writer, not a PickDawgz site consensus.
Previous Pick
Oklahoma State vs. Kansas - 1/27/20 College Basketball Pick, Odds, and Prediction
Next Pick
Idaho vs. Southern Utah - 1/27/20 College Basketball Pick, Odds, and Prediction 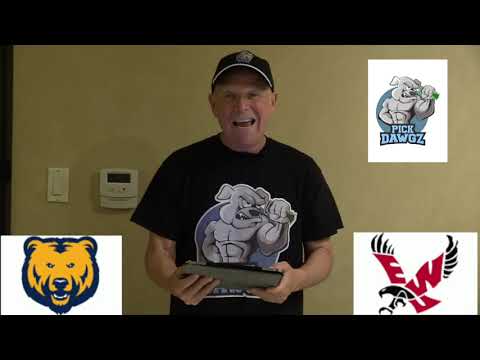