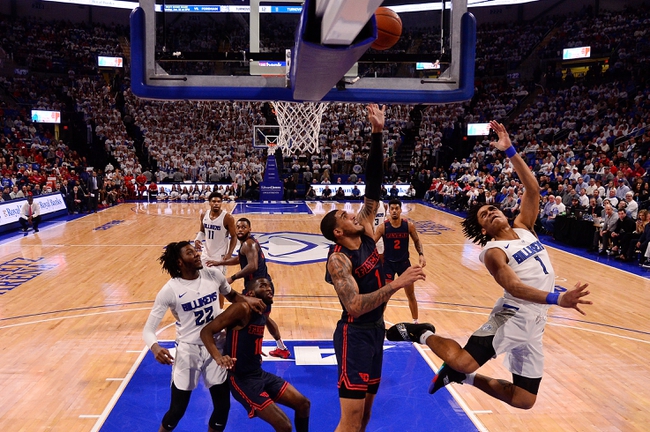 Where to Watch: FS-Midwest, ESPN+ Stream College Basketball all season on ESPN+. Sign up now!

The Fordham Rams and the Saint Louis Billikens meet in A-10 conference college basketball action from Chaifetz Arena on Sunday afternoon.

The Fordham Rams will look to build on a 59-54 win over George Washington that snapped a five-game losing streak last time out. Jalen Cobb led the Rams with 22 points on 7 of 13 shooting with 5 threes and 6 rebounds with 3 steals while Ty Perry added 13 points on 5 of 10 shooting with a pair of threes as the only other double-digit scorer for Fordham in the win. Onyi Eyisi added 9 points with a team-high 11 rebounds as well in the victory for the Rams. Cobb leads Fordham in scoring and assists with an average of 11.7 points and 2.4 assists per game while Eyisi leads the Rams in rebounding with 6.3 rebounds per game this season. As a team, Fordham is averaging 59.6 points per game on 38.7% shooting from the field, 32.5% from behind the 3-point line and 62.2% from the foul line this season.

The Saint Louis Billikens will look to rebound after back-to-back losses after a 71-59 loss to Davidson in their last outing. Javonte Perkins led the Billikens with 25 points on 7 of 17 shooting with 5 threes while Tay Weaver added 15 points on 5 threes as the only other double-digit scorer for Saint Louis in the losing effort. Hasahn French and Jordan Goodwin each had 6 points with a team-high 12 rebounds with French adding 4 assists and a pair of blocks. Yuri Collins dished out a team-high 6 assists as well in the losing effort. Goodwin leads the Billikens in scoring and rebounding with an average of 15.5 points and 10.7 rebounds per game while Collins leads Saint Louis in assists with 5.6 assists per game this season. As a team, Saint Louis is averaging 71.8 points per game on 43.6% shooting from the field, 32.6% from behind the arc and 57.5% from the foul line this season.

I’m not trying to side with Fordham on most nights and Saint Louis is the much better team here but the Billikens are coming off of back-to-back losses and are one of the worst teams from the free throw line this season and the Billikens leave a lot of points there, points that could be key when it comes to covering a big number like this one. The Billikens have a tendency to play down to lesser opposition, so I’ll take my chances with Fordham and the points in this one.

Get Premium Picks Start Winning Now »
The pick in this article is the opinion of the writer, not a PickDawgz site consensus.
Previous Pick
Saint Peter's vs. Niagara - 1/26/20 College Basketball Pick, Odds, and Prediction
Next Pick
Drake vs. Missouri State - 1/26/20 College Basketball Pick, Odds, and Prediction 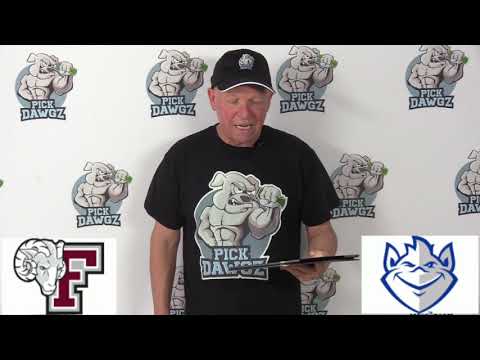