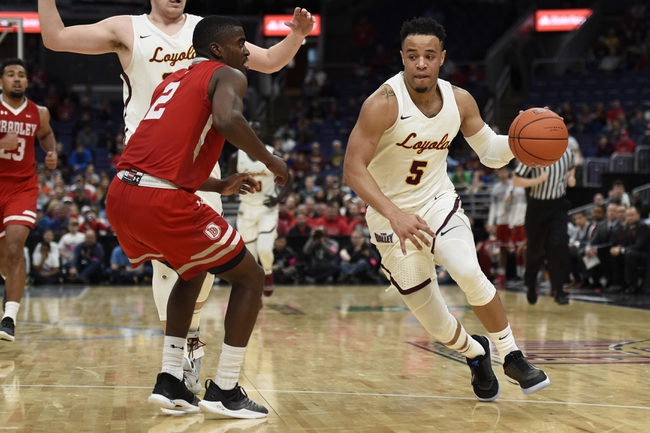 The Loyola-Chicago Ramblers and the Northern Iowa Panthers meet in MVC college basketball action from the McLeod Center on Sunday afternoon.

The Loyola-Chicago Ramblers will look to add to their current four-game winning streak after a 75-55 win over Indiana State last time out. Tate Hall led the Ramblers with 23 points coming on 9 of 10 shooting with a perfect 5 of 5 mark from 3-point range along with 3 steals while Cameron Krutwig fell just one assist shy of a triple-double with 13 points and team-highs of 12 rebounds and 9 assists. Franklin Agunanne added 10 points to cap off the trio of double-digit scorers for Loyola-Chicago in the win. Krutwig leads the Ramblers with an average of 15 points, 8.1 rebounds and 4.6 assists per game this season. As a team, Loyola-Chicago is averaging 69.9 points per game on 51.9% shooting from the field which is the 2nd-best field goal percentage in D-I, along with a 37.9% mark from 3-point range and 67.5% from the foul line this season.

The Northern Iowa Panthers will look to rebound from a 68-66 loss to Southern Illinois last time out. Trae Berhow led the Panthers with 22 points on 8 of 11 shooting with 5 threes and 9 rebounds while Austin Phyfe and AJ Green each had 16 points to finish off the trio of double-digit scorers for UNI in the loss with Phyfe adding 10 rebounds for the double-double while shooting 8 of 10 from the floor while Green hit 3 threes and dished out a team-high 5 assists. Green leads Northern Iowa in scoring and assists with an average of 19.5 points and 3.1 assists per game while Phyfe leads the Panthers in rebounding with 7.4 rebounds per game this season. As a team, Northern Iowa is averaging 76.8 points per game on 48.5% shooting from the field, 38.8% from 3-point range and 76.4% from the foul line this season.

This has potential to be the game of the day in my opinion, as you have the top two teams in the MVC going at it here and with that said, I’m siding with the Ramblers and the points. Loyola-Chicago’s starting to look like the team we’ve seen make the tournament year after year while the loss to Southern Illinois definitely dealt my confidence a blow when it comes to Northern Iowa. I think this is a game that will come down to the wire, so I’ll take my chances with Loyola-Chicago and the points here. 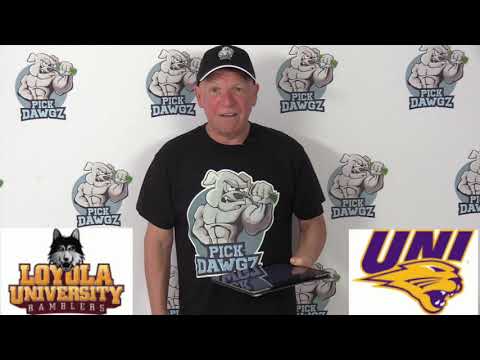