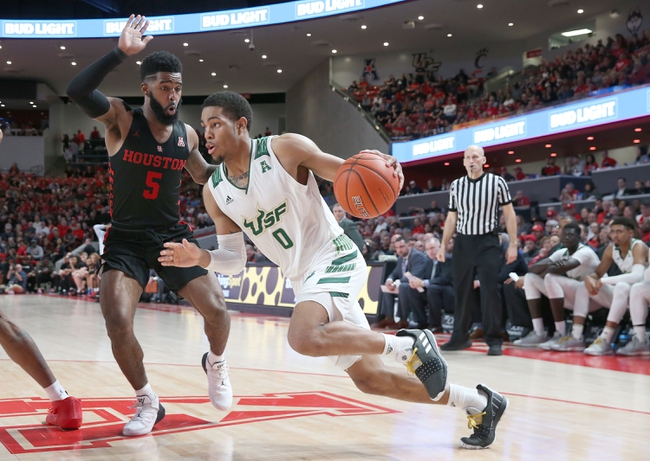 The USF Bulls and the Houston Cougars meet in AAC college basketball action from the Fertitta Center on Sunday afternoon.

The USF Bulls sill look to snap a four-game losing streak after a 56-43 loss to Wichita State last time out. David Collins led the Bulls with 14 points along with a team-high 3 assists while Ezacuras Dawson III added 10 points on 4 of 7 shooting with a pair of threes and a team-high 5 rebounds as the only other double-digit scorer for USF in the losing effort. Collins leads USF in scoring with an average of 14.7 points per game while Laquincy Rideau leads the Bulls in assists with 4.2 assists per game and Michael Durr leads USF in rebounding with 6.2 rebounds per game this season. As a team, USF is averaging 62.7 points per game on 41% shooting from the field, 31.7% from behind the arc and 61.4% from the foul line this season.

The Houston Cougars will look to build on their current three-game winning streak after a 63-59 win over UConn last time out. Caleb Mills led the Cougars with 20 points with an 8 of 8 mark from the foul line while Dejon Jarreau added 18 points with a 12 of 15 mark from the foul line and team-highs of 11 rebounds, 8 assists and a pair of steals for the double-double as Houston’s only other source of double-digit scoring in the win. Fabian White Jr. added 6 points with 7 rebounds while Nate Hinton and Brison Gresham each had 6 rebounds. Mills leads Houston in scoring with an average of 13 points per game while Hinton leads the Cougars in rebounding with 9.5 rebounds per game and Jarreau leads Houston in assists with 3.7 assists per game this season. As a team, Houston is averaging 74.7 points per game on 43.5% shooting from the field, 34.3% from behind the arc and 71.9% from the foul line this season.

The points with the Bulls are tempting on the surface, but the issue I have is that while the Bulls do play some strong defense, the offense often doesn’t hold up their end of the bargain as we saw with 43 points against Wichita State. Houston is one of the better teams in the AAC once again, especially at home, so I’ll lay the points with Houston in this one. 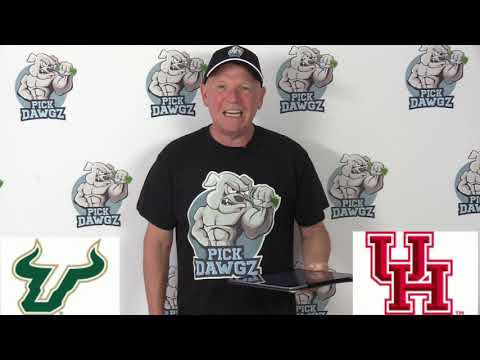