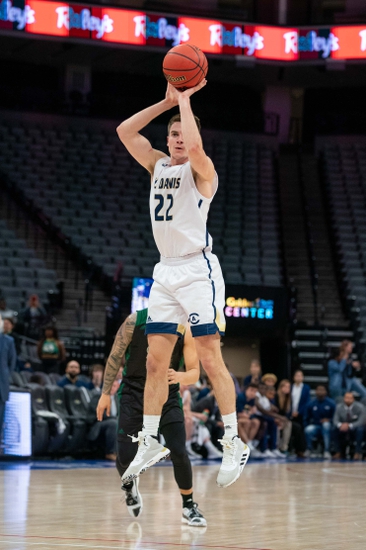 The UC Davis Aggies will travel to the Stan Sheriff Center to take on the Hawai’i Rainbow Warriors this Saturday night in College Basketball action.

The UC Davis Aggies had their 2-game winning streak snapped and dropped to 8-12 (2-2 Big West) on the season after being defeated by the CSU Fullerton Titans, 78-74, this past Wednesday. UC Davis trailed by a 31-24 margin at halftime and couldn’t fight back after a 7-0 Titans run gave CSU Fullerton a 62-54 lead with 2:19 left in regulation. UC Davis shot 46.2% from the field and 34.6% from beyond the arc in the loss. Leading the way for the Aggies was Ezra Manjon who had 24 points, 5 rebounds, 4 assists, and a steal.

Defensively, UC Davis is allowing their opponents to average 70.1 ppg on 44.6% shooting from the field. The Aggies have a rebound margin of -1.9 and a turnover margin of 1.1.

The Hawai’i Rainbow Warriors won their 2nd straight game and improved to 12-6 (3-1 Big West) on the season after defeating the UC Santa Barbara Gauchos, 70-63, this past Saturday night. Hawai’i trailed by a 35-33 margin at halftime, however, was outstanding defensively in the 2nd half and had no trouble securing the victory after taking a 54-45 lead with 9:35 left in regulation. Hawai’i held UC Santa Barbara to just 13.3% shooting from beyond the arc and outrebounded the Gauchos by a 33-23 margin in the victory. Leading the way for the Rainbow Warriors was Drew Buggs who had a double-double with 12 points, 4 rebounds, 12 assists, and 2 steals.

Defensively, Hawai’i is allowing their opponents to average 67.4 ppg on 42.6% shooting from the field. The Rainbow Warriors have a rebound margin of 1.6 and a turnover margin of -0.7.

Hawai’i has won 4 of their last 5 games and currently rank 202nd in scoring offense, T-134th in scoring defense, and 185th in defensive FG%.

UC Davis might have a losing record on the season, however, the Aggies have been playing better as of late, winning three of their last four games, including their last two road games. Hawai’i is a tough team to play at home however, between the fact that I think the UC Davis offense will find some success against the Rainbow Warriors defense and that the Aggies have been incredible as of late ATS on the road, I think UC Davis does enough in this one to cover with the points.