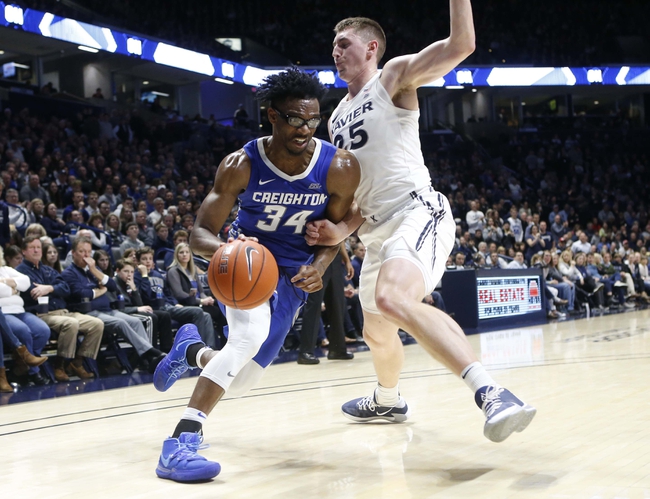 The Xavier Musketeers will look to build on a 66-57 win over Georgetown last time out. Naji Marshall and Kyky Tandy each had a team-high 18 points with Marshall logging a team-high 5 assists and 4 steals with 3 threes while Tandy chipped in 4 threes and 6 rebounds. Jason Carter added 11 points with 10 rebounds while Tyrique Jones had 10 points with 13 rebounds for Xavier’s pair of double-doubles to finish off Xavier’s scoring in double figures in the winning effort. Paul Scruggs added 5 points with a team-high 5 assists and 3 blocks as well in the victory. Marshall leads Xavier in scoring with an average of 16.8 points per game while Jones leads Xavier in rebounding with 9.7 rebounds per game and Quentin Goodin leads the Musketeers in assists with 4 helpers per game this season. As a team, Xavier is averaging 71.5 points per game on 43% shooting from the field, 29.5% from behind the arc and 67.4% from the foul line this season.

The Creighton Bluejays will look to build on back-to-back wins after an 83-68 win over DePaul last time out. Mitch Ballock led the Bluejays with 19 points on 5 of 11 shooting from 3-point range with a team-high 6 rebounds while Denzel Mahoney and Damien Jefferson added 14 points on a perfect 6 of 6 shooting with a pair of free throws. Ty-Shon Alexander added 12 points while Christian Bishop added 11 points on 5 of 7 shooting to finish off the scoring in double figures for Creighton in the win. Marcus Zegarowski also added 9 points with a team-high 10 assists as well in the victory but still leads Creighton in scoring and assists with an average of 16.4 points and 5.1 assists per game while Bishop leads the Bluejays in rebounding with 5.8 rebounds per game this season. As a team, Creighton is averaging 77.6 points per game on 46.3% shooting from the field, 37% from behind the arc and 72.8% from the foul line this season.

I get the points with Xavier being tempting with the amount of success the underdog has had in this matchup. However, the Musketeers haven’t been great against the number this season and a lot of us have gone on the record saying that this is one of the better Creighton teams in quite some time as the Bluejays get it done on both ends of the floor and are really strong offensively. I just think that this is a game that Creighton starts to pull away in the second half, so I’ll lay the points with the Bluejays in this one. 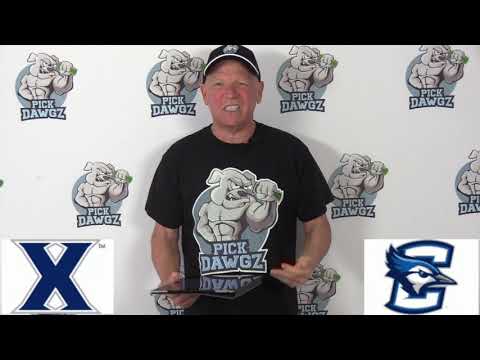