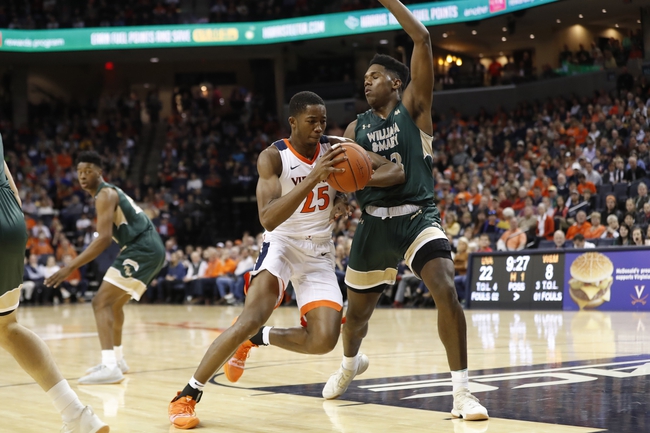 The Towson Tigers will travel to Kaplan Arena to take on the William & Mary Tribe this Saturday afternoon in College Basketball action.

The Towson Tigers won their 5th straight game and improved to 11-9 (5-3 CAA) on the season after defeating the Elon Phoenix, 72-61, this past Thursday night. Towson was outstanding defensively against Elon and had no trouble securing the victory after an 11-0 run gave the Tigers a 62-53 lead with just 2:53 left in regulation. Towson shot 46.3% from the field while holding Elon to just 29.7% shooting from the field and 25.7% shooting from beyond the arc. Leading the way for the Tigers was Brian Fobbs who had 20 points, 3 rebounds, and 2 assists.

Defensively, Towson is allowing their opponents to average 66.3 ppg on 39.9% shooting from the field. The Tigers have a rebound margin of 3.8 and a turnover margin of -0.9.

The William & Mary Tribe improved to 15-6 (7-1 CAA) on the season after defeating the James Madison Dukes, 88-75, this past Thursday night. William & Mary had no trouble generating offense agianst the James Madison defense and lead by double-digits throughout the 2nd half after entering halftime with a 48-34 lead. William & Mary shot 57.9% from the field and 48.0% from beyond the arc in the victory. Leading the way for the Tribe was Nathan Knight who had a double-double with 19 points, 11 rebounds, 3 assists, 4 blocks, and a steal.

Defensively, William & Mary is allowing their opponents to average 68.5 ppg on 41.2% shooting from the field. The Tribe have a rebound margin of 4.6 and a turnover margin of -2.5.

William & Mary has been outstanding on the offensive end this season as the Tribe come into this game ranked 114th in scoring offense, 28th in FG%, and 45th in 3P-FG%.

Towson is on a five game winning streak, however, the competition during their streak hasn’t been the strongest as the combined conference record of those opponents is just 12-28. William & Mary is a perfect 7-0 at home this season and as I just don’t see Towson being able to slow down the duo of Nathan Knight and Andy Van Vliet, I’m taking William & Mary to cover this home spread.