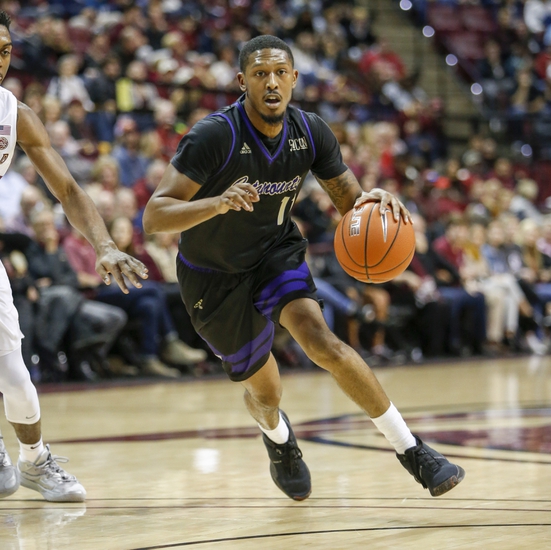 The Wofford Terriers will travel to the Ramsey Center to take on the Western Carolina Catamounts this Saturday night in College Basketball action.

The Wofford Terriers won their 2nd straight game and improved to 13-7 (5-2 Southern) on the season after defeating the VMI Keydets, 66-54, this past Wednesday. Wofford had no trouble shutting down the VMI offense in this on and easily pulled away for the victory after taking a 45-29 lead with 15:07 left in regulation. Wofford held VMI to just 35.2% shooting from the field and 25.9% shooting from beyond the arc while also outrebounding the Keydets by a 35-27 margin. Leading the way for the Terriers was Nathan Hoover who had 14 points, 3 rebounds, and 2 assists.

Defensively, Wofford is allowing their opponents to average 67.2 ppg on 43.3% shooting from the field. The Terriers have a rebound margin of -1.4 and a turnover margin of 1.5.

The Western Carolina Catamounts lost their 3rd straight game and dropped to 12-6 (4-3 Southern) on the season after being defeated by the Mercer Bears, 85-79, this past Wednesday night. Western Carolina trailed by a 39-33 margin at halftime and couldn’t fight back after the Bears took a 74-63 lead with 5:20 left in regulation. Western Carolina shot 50.0% from the field and 36.7% from beyond the arc in the loss. Leading the way for the Catamounts was Carlos Dotson who had a double-double with 22 points, 10 rebounds, 6 assists, and a steal.

Defensively, Western Carolina is allowing their opponents to average 14.8 ppg on 43.9% shooting from the field. The Catamounts have a rebound margin of 4.7 and a turnover margin of -1.1.

Wofford has been solid on both sides of the ball as they come into this game ranked 148th in scoring offense, 82nd in FG%, and 130th in scoring defense.

Western Carolina is led by their offense that ranks 14th in scoring offense, 34th in FG%, and 4th in three-pointers made per game, however, their defense has allowed a lot of points this year and currently rank just 299th in scoring defense.

Wofford is still an above average team in the Southern, however, this Terriers team is not at the same talent level that we’ve seen in previous years and have struggled on the road this season, posting just a 4-6 record which included a double-digit loss recently to Chattanooga. Western Carolina is an impressive 7-1 at home this season and as I think their offense will be able points agianst the Terriers defense who rank just 209th in defensive FG%, I’m taking Western Carolina to cover this small home spread.