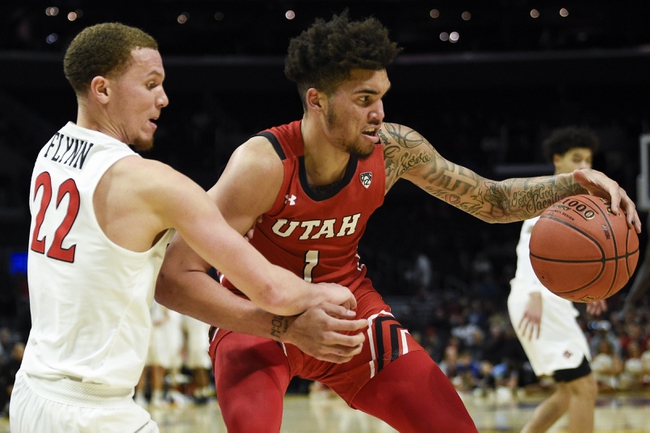 The Washington State Cougars will travel to the Jon M. Huntsman Center to take on the Utah Utes this Saturday night in College Basketball action.

The Washington State Cougars had their 2-game winning streak snapped and dropped to 12-8 (3-4 Pac-12) on the season after being defeated by the 23rd ranked Colorado Buffaloes, 78-56, this past Thursday. Washington State trailed by just a 38-33 margin at halftime, however, the Cougars struggled offensively in the 2nd half allowed Colorado to pull away after a 19-2 Buffaloes run gave Colorado a 78-53 lead with just 1:17 left in regulation. Washington State shot 37.3% from the field and was outrebounded by the Buffaloes by a 45-28 margin in the loss. Leading the way for the Cougars was CJ Elleby who had 15 points, 5 rebounds, 2 blocks, and 2 steals.

Defensively, Washington State is allowing their opponents to average 67.5 ppg on 45.0% shooting from the field. The Cougars have a rebound margin of 0.0 and a turnover margin of 4.5.

The Utah Utes snapped their 4-game losing streak and improved to 11-7 (2-4 Pac-12) on the season after defeating the Washington Cougars, 67-66, this past Thursday. Utah trailed for the majority of the 2nd half which including being down by a 49-38 margin with 9:00 left in regulation, however, the Utes were solid on the offensively over the last 2:32 of regulation and with solid FT-shooting was able to secure the come from behind victory. Utah won despite shooting just 33.9% from the field and 12.5% from beyond the arc. Leading the way for the Utes was Timmy Allen who had 13 points, 9 rebounds, 2 assists, and 3 steals.

Defensively, Utah is allowing their opponents to average 72.4 ppg on 43.6% shooting from the field. The Utes have a rebound margin of 3.7 and a turnover margin of -1.2.

Washington State has been led by their defense that ranks 138th in scoring defense & 13th in turnover margin, however, the Cougars have struggled on the offensive end as they come into this match-up ranked just 321st in FG% and 275th in three-point FG%.

Utah has been led by their offense which ranks 89th in scoring offense & T-91st in FG%, however, the Utes have had some major issues on the defensive end this season as they rank just T-250th in scoring defense, 224th in defensive FG%, and T-340th in steals per game.

Washington State should be able to find some offensive success agianst the Utah defense in this one, however, it’s hard to go against Utah when they’re on their home court, which their 7-1 this season with their only loss coming in a competitive game agianst Oregon. Utah’s offense should have a better game than what we saw against Washington and as I just don’t see the Cougars coming out with a strong showing after a tough road game agianst Colorado on Thursday, I’m taking Utah to cover this mid-range home spread.