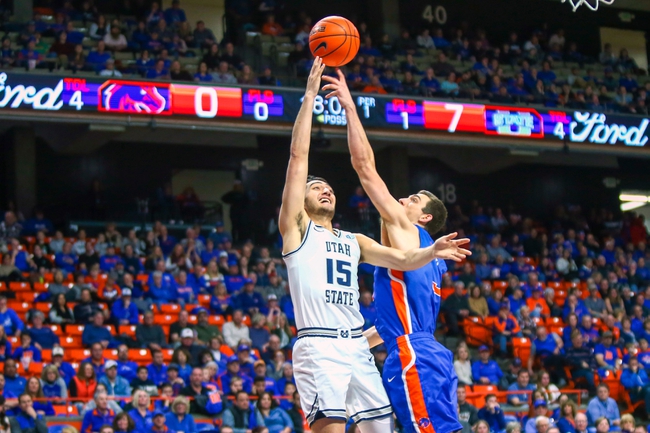 The Colorado State Rams and the Utah State Aggies meet in college basketball action from Smith Spectrum on Saturday.

Colorado State sits at 14-7 this year. The Rams are on a five-game winning streak right now, taking out Wyoming, San Jose State, New Mexico, Air Force and Fresno State in that time.

In the win over the Bulldogs, Colorado State’s David Roddy posted 26 points with eight rebounds and three assists. Isaiah Stevens added 21 points there, and Adam Thistlewood chipped in 15 points.

Over on the Utah State side, they’re 15-6 so far. The Aggies are 2-1 in their last three games, with a loss to Boise State sandwiched between wins over Nevada and Air Force.

In the win over Air Force, Utah State’s Justin Bean led the way with a double-double on 16 points, 13 rebounds and five assists. Sam Merrill had a solid game there as well with 15 points, five rebounds and three assists.

This Colorado State winning streak is pretty impressive. None of the games has been all that close, and the Rams have managed to put up at least 72 points in each one of those outings. They’re rolling along quite well right now.

As for Utah State, they’ve scored at least 72 in each of their last three games, but they’re also pretty sketchy on defense at times lately. In any case, I like the Rams offense to carry them to a cover here in a fun game.