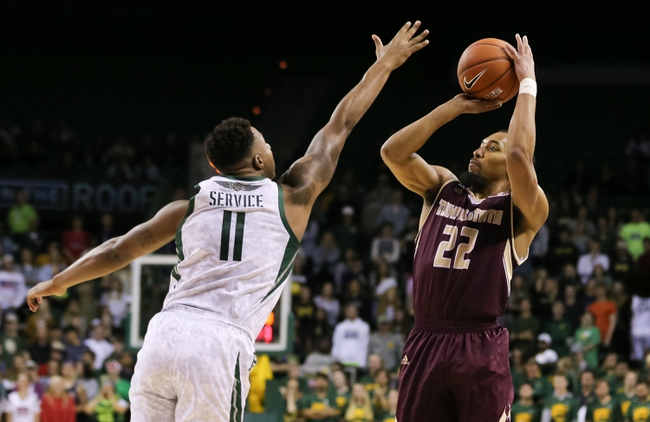 The UT-Arlington Mavericks and the Texas State Bobcats meet in Sun Belt conference college basketball action from the Strahan Coliseum on Saturday.

The UT-Arlington Mavericks will look to build on back-to-back wins after a 78-58 win over Louisiana-Monroe in their last outing. Radshad Davis and Brian Warren each had 19 points with Davis adding a whopping 14 rebounds for the double-double while Warren shot 6 of 10 from the floor with 5 rebounds. David Azore added 13 points while Jordan Phillips added 10 points to round out the group of double-digit scorers for UT-Arlington in the win. Azore leads the Mavericks in scoring with an average of 15.7 points per game while Warren leads UT-Arlington in assists with 3.7 assists per game and Jabari Narris leads the Mavericks on the glass with 6.8 rebounds per game this season. As a team, Texas State is averaging 71.4 points per game on 41.7% shooting from the field, 30.7% from behind the arc and 76.1% from the foul line this season.

The Texas State Bobcats will look to add to their current four-game winning streak after a 68-59 win over Louisiana last time out. Nijal Pearson led the Bobcats with 18 points with 4 threes while Mason Harrell and Isiah Small each had 12 points to round out the group of double-digit scorers for Texas State in the win with Harrell nailing a couple of threes while Small added a team-high 9 rebounds. Pearson leads Texas State in scoring with 19.1 points per game while Small leads the Bobcats in rebounding with 6.7 rebounds per game and Harrell leads the Bobcats in assists with 3.2 assists per game this season. As a team, Texas State is averaging 72.7 points per game on 45.5% shooting from the field, 34.1% from behind the arc and 76% from the foul line this season.

I’ve gone back and forth on this game as realistically only one game separates the two in the conference standings and Texas State did have a close call against ULM who is sitting in the basement of the Sun Belt right now. However, the Bobcats are still the hotter team right now, and while Arlington is coming off of back-to-back road wins, Texas State has been a monster at home, outscoring teams by 19.4 points per game while holding the opposition to just 59.8 points per game on home soil this season. I’ll back Texas State in what should be a great game here.