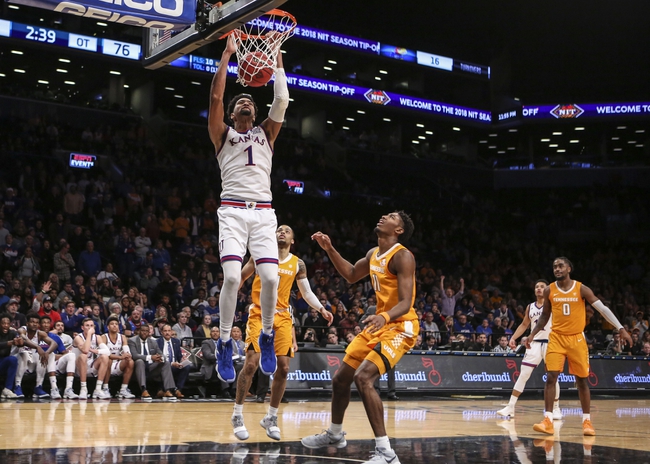 The Tennessee Volunteers and the Kansas Jayhawks meet in college basketball action from Allen Fieldhouse as part of the SEC/Big 12 Challenge on Saturday afternoon.

The Tennessee Volunteers will look to pick up a big road win after winning 4 of their last 5 games after a 73-48 win over Ole Miss last time out. John Fulkerson led the Vols with 18 points on 7 of 8 shooting with 10 rebounds and 3 steals for the double-double while Jordan Bowden and Josiah Jordan James each had 11 points with James adding a team-high 6 assists. Olivier Nkamhoua added 10 points to cap off the scoring in double figures for Tennessee in the winning effort. Bowden leads Tennessee in scoring with an average of 12.3 points per game while James leads the Volunteers in rebounding with 5.8 rebounds per game and Lamonte Turner leads the Vols in the assists department with 7.1 rebounds per game this season. As a team, Tennessee is averaging 66.5 points per game on 42.9% shooting from the field, 30.5% from behind the arc and 75.5% from the foul line this season. The Vols also own a top-10 scoring defense, holding opponents to just 59 points per game this season.

The Kansas Jayhawks will look to build on their current three-game winning streak after an 81-60 win over rival Kansas State last time out. Christian Braun led the Jayhawks with 20 points on 7 of 15 shooting with 6 threes while Devon Dotson added 18 points with 3 steals and Udoka Azubuike added 10 points with a whopping 14 rebounds and 4 blocks for the double-double to finish off the trio of double-digit scorers for Kansas in the winning effort. Marcus Garrett added 8 points with a team-high 5 assists as well in the victory. Dotson leads the Jayhawks in scoring with an average of 18.2 points per game while Azubuike leads Kansas in rebounding with 9.5 boards per game and Garrett leads the Jayhawks in assists with 4.4 assists per game this season. As a team, Kansas is averaging 76.7 points per game on 49.5% shooting from the field, 36% shooting from 3-point range and 66% from the foul line this season.

This feels like a lot of points to lay given that Kansas will be without Silvio De Sousa for the foreseeable future for his role in that ugly brawl against K-State. However, there’s a ton more that this Kansas team has to offer, and while the Vols have had a nice run lately, they haven’t necessarily played a murderers’ row of opposition with their wins coming against Missouri, South Carolina, Vanderbilt and Ole Miss. Kansas just brings a completely different level to the table and I’m not sure that Tennessee will be able to cope for the huge change in difficulty here. I’ll lay the points with Kansas at home in this one. 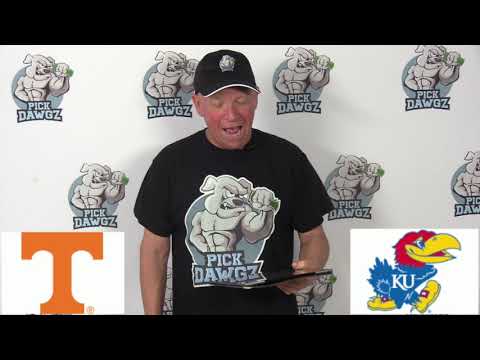