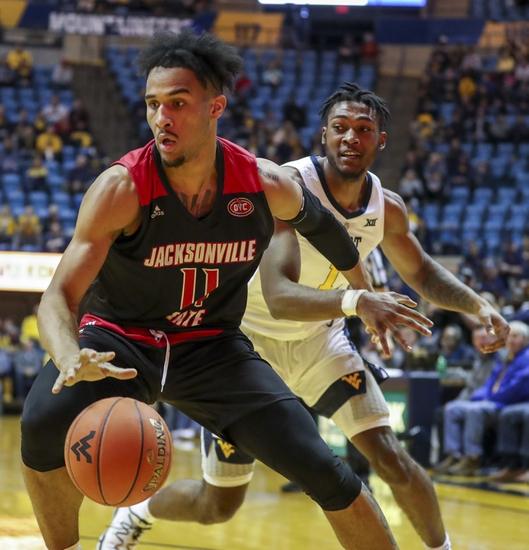 The Morehead State Eagles will travel to Pete Mathews Coliseum to take on the Jacksonville State Gamecocks this Saturday night in College Basketball action.

The Morehead State Eagles lost their 3rd consecutive game and dropped to 9-11 (3-4 OVC) on the season after being defeated by the Tennessee Tech Golden Eagles, 71-59, this past Thursday. Morehead State struggled offensively against Tennessee Tech and could never make a run after falling behind by a 38-29 margin at halftime. Morehead State shot just 20.0% from beyond the arc and committed 17 turnovers in the loss. Leading the way for the Eagles was Tyzhaun Claude who had 20 points and 6 rebounds.

Defensively, Morehead State is allowing their opponents to average 68.5 ppg on 41.5% shooting from the field. The Eagles have a rebound margin of 0.9 and a turnover margin of 0.9.

Defensively, Jacksonville State is allowing their opponents to average 69.3 ppg on 43.8% shooting from the field. The Gamecocks have a rebound margin of 4.2 and a turnover margin of -1.2.

Morehead State comes into this game ranked T-221st in scoring offense, T-165th in scoring defense, and T-54th in blocks per game.

Jacksonville State has been led by their offense this season as they currently rank T-133rd in scoring offense and 80th in FG%.

Jacksonville State isn’t as strong of a team as we’ve seen in years past, however, the Gamecocks are solid at home as they currently have an 8-2 record at Pete Mathews Coliseum. Morehead State is just 1-9 on the road this season which includes losing their last three road games by an average of 15.3 ppg and as I think the Jacksonville offense will be able to put up some points against the Eagles, I’m taking Jacksonville State to cover this mid-range home spread. Good Luck!