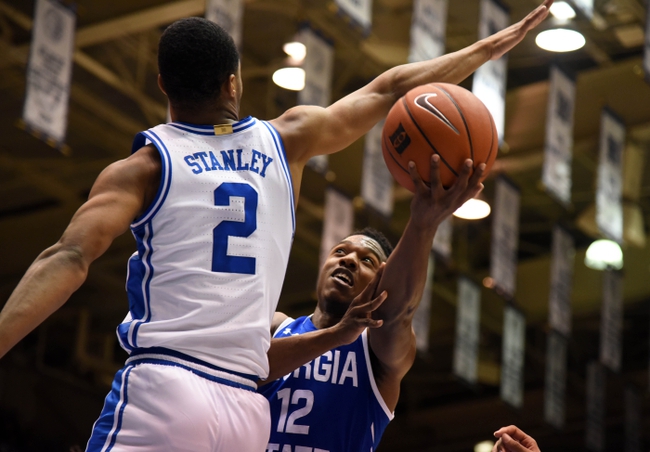 The Georgia State Panthers will look to bounce back from a 75-65 loss to Troy last time out. Justin Roberts led the Panthers with 15 points along with a team-high 7 assists while Corey Allen added 14 points with 3 threes and Kane Williams had 13 points with 5 assists. Damon Wilson added 12 points with a team-high 7 rebounds to cap off the scoring in double figures in the losing effort. Allen leads Georgia State in scoring with an average of 14.9 points per game while Wilson leads the Panthers in rebounding with 5 rebounds per game and Williams leads Georgia State in assists with 4.7 assists per game this season. As a team, Georgia State is averaging 79.1 points per game on 45% shooting from the field, 39.7% from behind the arc and 71.1% from the foul line this season.

The Georgia Southern Eagles will also look to bounce back after a 74-68 loss to South Alabama last time out. Calvin Wishart led the Eagles with 17 points on 6 of 13 shooting with 5 threes while Isaiah Crawley had 13 points with 10 rebounds for the double-double and Ike Smith added 12 points. Quan Jackson chipped in 10 points with 3 steals as well to finish off the group of double-digit scorers for Georgia Southern in the losing effort. Smith leads Georgia Southern in scoring and rebounding with an average of 14 points and 5.4 rebounds per game while Wishart leads the Eagles in assists with 2.9 assists per game this season. As a team, Georgia Southern is averaging 76 points per game on 42.8% shooting from the field, 33.6% from behind the arc and 69.2% from the foul line this season.

I’ve gone back and forth on this one as this for me is the game of the day in the conference. It also doesn’t help that both are coming off of surprising losses in their last outing. However, while Georgia Southern has been rock solid at home going 9-1 SU, the Eagles are only outscoring teams in conference by 4.7 points per game. My stance on Georgia State hasn’t changed due to one bad game, as the Panthers have been a covering machine all year long, and are outscoring teams by 9 points per game in conference play. It could honestly go either way here, but I give my lean to Georgia State simply based on their form on the road this season.