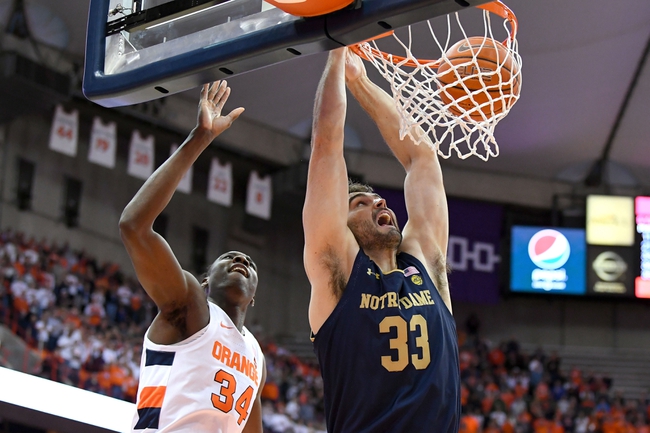 Where to Watch: ESPN - ACC Network Stream College Basketball all season on ESPN+. Sign up now!

The Notre Dame Fighting Irish will travel to the Donald L. Tucker Center to take on the 5th ranked Florida State Seminoles this Saturday night in College Basketball action.

The Notre Dame Fighting Irish dropped to 11-7 (2-5 ACC) on the season after being defeated by the Syracuse Orange, 84-82, this past Wednesday. Notre Dame had a 69-68 lead late in the 2nd half, however, the offensive struggled down the stretch and the Fighting Irish couldn’t fight all the way back after a 9-2 Syracuse run gave the Orange a 78-70 lead with just :43 seconds left in regulation. Notre Dame allowed Syracuse to shoot 47.0% from the field and was outrebounded by the Orange by a 41-34 margin in the loss. Leading the way for the Fighting Irish was John Mooney who had a double-double with 21 points, 13 rebounds, 6 assists, 1 block, and a steal.

Defensively, Notre Dame is allowing their opponents to average 67.0 ppg on 40.5% shooting from the field. The Fighting Irish have a rebound margin of 0.4 and a turnover margin of 2.8.

The 5th ranked Florida State Seminoles won their 9th straight game and improved to 16-2 (6-1 ACC) on the season after defeating the Miami Hurricanes, 83-79 in OT, this past Saturday. Florida State fought back from a 65-56 deficit with just 5:15 remaining to force OT and was able to secure the victory in OT after a pair of free-throws by Devin Vassell gave the Seminoles a four point lead with just :06 seconds remaining. Florida State shot 42.0% from the field and forced Miami into committing 24 turnovers in the victory. Leading the way for the Seminoles was Devin Vassell who had a double-double with 23 points, 11 rebounds, 5 assists, 2 blocks, and 3 steals.

Defensively, Florida State is holding their opponents to an average of 63.6 ppg on 40.1% shooting from the field. The Seminoles have a rebound margin of 0.4 and a turnover margin of 5.3.

Notre Dame comes into this game ranked 85th in scoring offense, 13th in three-pointers made per game, and 87th in defensive FG%.

Florida State has been solid on both ends of the court as they come in ranked 82nd in scoring offense, 52nd in scoring defense, and 7th in steals per game.

Florida State has been outstanding this season and come into this game with a perfect 9-0 record at home, however, I think Notre Dame is going to give them a bit of game in this one. Notre Dame has a solid offense that can do damage from beyond the arc and as I think the Fighting Irish will be able to prevent the Florida State defense from creating turnovers, I think the Fighting Irish do enough to cover with the points. Good Luck! 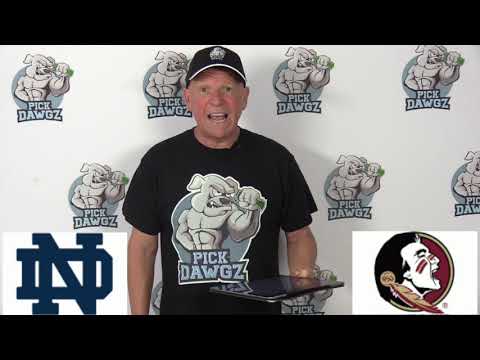