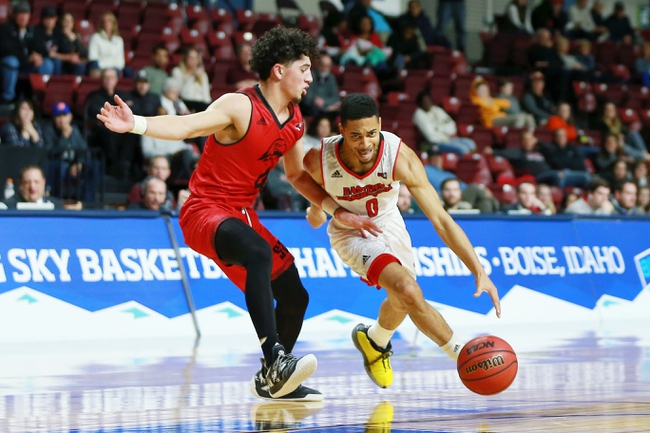 The Eastern Washington Eagles will look to build on back-to-back wins after a 71-58 win over Montana State in their last outing. Jacob Davison led the Eagles with 26 points on 8 of 21 shooting with 4 threes and a team-high 5 assists while Mason Peatling added 17 points on 6 of 10 shooting with 11 rebounds for the double-double and Tanner Groves chipped in 11 points to finish off the trio of double-digit scorers for Eastern Washington in the win. Kim Aiken Jr. had 3 points despite going 0 for 7 from the floor with a team-high 13 rebounds, 4 assists and 5 steals as well in the victory. Davison leads Eastern Washington in scoring with an average of 17.9 points per game while Aiken Jr. leads the Eagles in rebounding with 10.7 rebounds per game and Ellis Magnuson leads Eastern Washington in assists with 5.6 assists per game this season. As a team, Eastern Washington owns the 3rd-best scoring offense in the country, averaging 83.2 points per game on 46.6% shooting from the field, 33.9% from behind the arc and 67.2% from the foul line this season.

This is a hard game for me to try to gauge as you have two of the better teams in the Big Sky going at it here. I can also understand siding with Eastern Washington because the Eagles are at home and are one of the best offensive teams in the country, averaging 83.2 points per game on the year and over 95 points per game at home. However, a large chunk of those points came against subdivision teams and the Eagles have also been terrible against the number lately. Southern Utah isn’t flashy on offense by any means, but the Thunderbirds have a defense that travels and have won each of their last three games on the road. It’s a tough one to call, but I’ll take a shot with Southern Utah in this one.