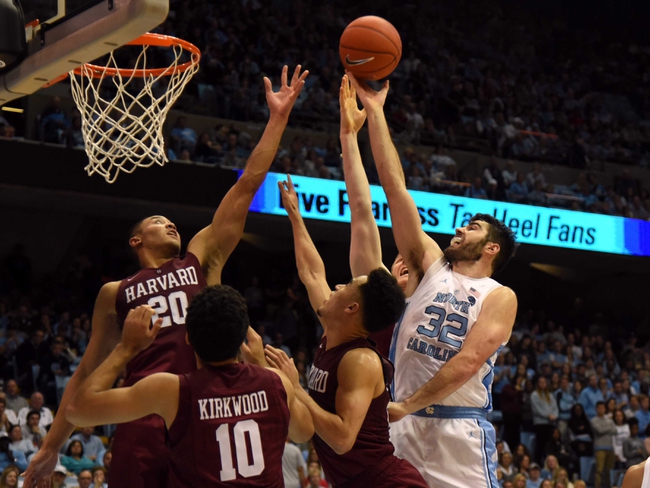 The Harvard Crimson will look to add another notch to their current seven-game winning streak after a 67-62 win over this same Dartmouth squad in their last outing. Chris Lewis and Chris Ledlum led the Crimson with 18 points with Lewis doing his damage on 6 of 10 shooting with a 6 of 6 mark from the foul line along with 4 rebounds and 3 blocks while Ledlum shot 7 of 13 with 3 triples and 6 rebounds. Christian Juzang added 11 points with a team-high 6 assists to cap off the trio of double-digit scorers for Harvard in the win while Robert Baker had a team-high 8 rebounds and Danilo Djuricic added 7 boards. Bryce Aiken did not play in the Dartmouth game but he still leads Harvard in scoring with 16.7 points per game while Lewis leads the Crimson in rebounding with 6.2 rebounds per game and Noah Kirkwood leads Harvard in assists with 2.9 assists per game this season. As a team, Harvard is averaging 73.8 points per game on 46.3% shooting from the field, 33.3% from 3-point range and 73.4% from the foul line this season.

The Dartmouth Big Green will be out to snap a four-game losing streak after the loss to Harvard last time out. Aaryn Rai led the Big Green with 13 points along with 7 rebounds while Ian Sistare added 11 points and a team-high 8 rebounds. Ian Carter and Chris Knight each chipped in 10 points with 5 rebounds to cap off the group of double-digit scorers for Dartmouth in the losing effort. Knight leads the Big Green in scoring with an average of 13.4 points per game while Rai leads Dartmouth in rebounding with 6.8 rebounds per game and James Foye leads Dartmouth in assists with 2.1 assists per game this season. As a team, Dartmouth is averaging 66.9 points per game on 44.2% shooting from the field, 32.9% from behind the arc and 65.1% from the foul line this season.

I can understand Dartmouth being a tempting option here as Bryce Aiken is doubtful for the Crimson at the moment with the ankle injury. However, while Harvard scraped by at home, I expect the Crimson to put a better foot forward here. Dartmouth hasn’t been good at home ATS, and the Big Green have put up duds more often than not this season. I’ll side with Harvard in this one by default.