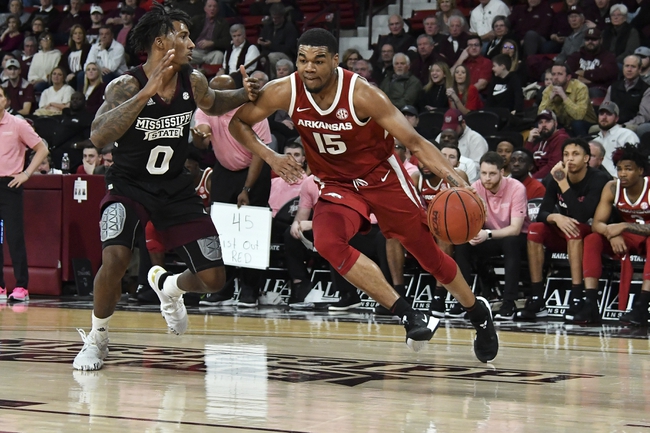 The TCU Horned Frogs are winning games, but they haven't exactly lived up to expectations, and they lose on the road by an average of 13 points while shooting 35.6 percent from the field. The Arkansas Razorbacks are due for a victory after some tough losses, and they've covered seven of their 11 home games while allowing 38.4 percent shooting from the field and winning by an average of 17.9 points. I'll eat the chalk.