The Marist Red Foxes and the Siena Saints meet in college basketball action from Times Union Center on Friday.

Marist enters this game at 4-13 overall. After falling in consecutive games to Rider and Monmouth, Marist has won their last two games versus Iona and Manhattan.

In the OT win over the Jaspers, Marist’s lead scorer was Tyler Sagl, with 23 points and two rebounds. Also in double-digits there were Braden Bell (17 points) and Zion Tordoff (10 points; seven rebounds).

Over on the Siena side, they’re 7-9 so far. The Saints are on a three-game losing streak right now, dropping to Manhattan, Canisius and Niagara in succession during that span of outings.

In the loss to the Eagles, Siena’s lead scorer was Manny Camper with 21 points, four rebounds and one assist. Elijah Burns posted 13 points and five boards there, and Jalen Pickett had 12 points with seven assists and five rebounds.

Don’t look now, but Marist is 3-2 in their last five games and playing better than they have all season. The Red Foxes have logged a combined 158 points over their last two games, a good turnaround from back when they could barely hit the mid-60s consistently.

As for Siena, they’ve been giving up a lot of points lately—at least 72 in each of their last three. I like Marist to have another hot-shooting game here and bang out a cover. 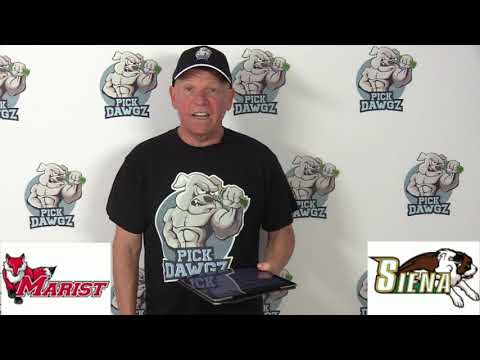