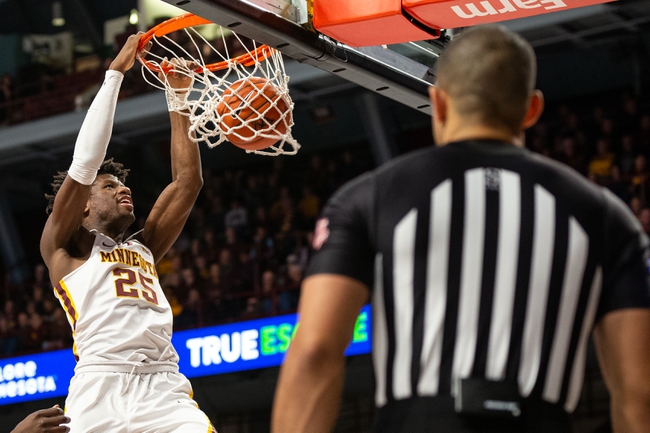 The Minnesota Golden Gophers will try to get back on track after a 64-56 loss to Rutgers in their last outing. Daniel Oturu led the Gophers with 19 points along with a team-high 9 rebounds and a pair of blocks while Payton Willis added 12 points coming on 4 threes as the only other double-digit scorer for Minnesota in the losing effort. Marcus Carr added 8 points with 5 assists as well in the defeat for the Gophers. Oturu leads Minnesota in scoring and rebounding by averaging a double-double per game with an average of 20.2 points and 11.9 rebounds per game while Carr leads the Gophers in assists with 7.2 rebounds per game this season. As a team, Minnesota is averaging 72.7 points per game on 43.3% shooting from the field, 33.1% from behind the arc and 72.4% from the foul line this season.

The Ohio State Buckeyes could use a win after losing 5 of their last 6 games following a 90-76 loss to Penn State last time out. Duane Washington Jr. led the Buckeyes with 20 points on 6 of 10 shooting with 3 threes while Kaleb Wesson added 19 points on 7 of 13 shooting with 5 rebounds and 4 assists and Andre Wesson added 12 points on 4 of 7 shooting with 3 threes and 5 rebounds to cap off the trio of double-digit scorers for Ohio State in the losing effort. D.J. Carton added 9 points with 6 assists as well in the defeat. Kaleb Wesson leads Ohio State in scoring and rebounding with 14.7 points and 9.3 rebounds per game while CJ Walker leads the Buckeyes in assists with 3.1 assists per game this season. As a team, Ohio State is averaging 73.9 points per game on 45.7% shooting from the field, 38.5% from behind the arc and 72.2% from the foul line this season.

I get Ohio State being favored at home where they’re outscoring teams by 20.3 points per game at home, but the problem is I don’t like laying 7 points even if home dominance has been the theme for the Big Ten this season. Minnesota has a talented team and can hang with the big boys when called upon. I wouldn’t be floored if Ohio State won by double-digits, but there’s value to the points here. 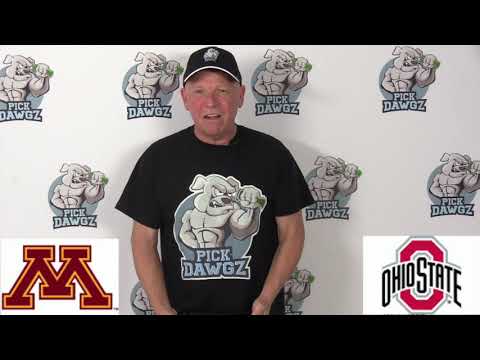