South Alabama enters this game at 12-8 overall. The Jaguars are 4-1 in their last five games, falling to Georgia State while otherwise beating TX-Arlington, Arkansas State, Little Rock and Georgia Southern.

In the win over the Eagles, South Alabama’s Josh Ajayi led the team on 24 points with eight rebounds. Herb McGee added 15 points with seven rebounds there, and John Pettway had 14 points.

Over on the Arkansas State side, they’re 13-7 this year. The Red Wolves are 2-2 in their last four games, with losses to South Alabama and App State along with wins over Troy and Coastal Carolina.

In the win over the Chanticleers, Arkansas State’s Marquis Eaton led the team on 20 points with four assists. Jerry Johnson added 17 points, and both Melo Eggleston and Christian Willis had 13 points apiece.

South Alabama has been on a nice run lately, outside of a nine-point loss to a good Georgia State team. In the Jaguars’ last four wins, they’ve been a little choppy scoring-wise but have notched at least 74 points in two of those games.

Arkansas State has been pretty active on the scoreboard these days, notching at least 76 points in each of their last three. This should be a pretty fun matchup and a good one to watch. Despite their bad showing the last time these teams met (a 75-59 loss), I think Arkansas State can power out a cover here. 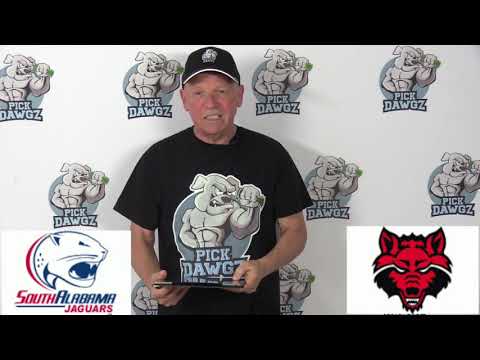