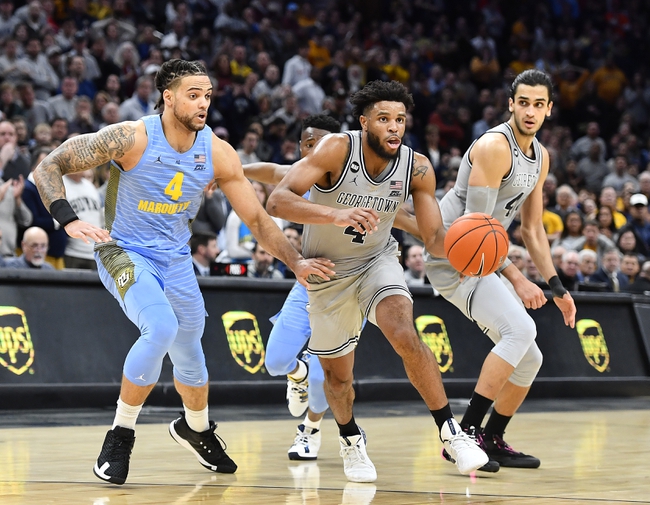 The Georgetown Hoyas and the Xavier Musketeers meet in Big East conference college basketball action from the Cintas Center on Wednesday night.

The Georgetown Hoyas will look to find some consistency after alternating wins and losses in each of their last five games after an 84-80 loss to Marquette last time out. Mac McClung led the Hoyas with 24 points on 8 of 18 shooting with 3 threes and 6 rebounds while Omer Yurtseven added 22 points on 9 of 17 shooting with 11 rebounds and a pair of blocks for the double-double. Jagan Mosely added 11 points on 4 of 5 shooting with a pair of threes and a team-high 5 assists while Jamorko Pickett added 10 points with 8 rebounds to finish off the group of double-digit scorers for the Hoyas in the loss. Terrell Allen added 4 points and 5 assists of his own as well in the defeat. Yurtseven leads the Hoyas in scoring and rebounding with an average of 16.9 points and 9.9 rebounds per game while Allen leads Georgetown in assists with 3.8 assists per game this season. As a team, Georgetown is averaging 79.1 points per game on 45.9% shooting from the field, 35.9% from behind the arc and 75.8% from the foul line this season.

The Xavier Musketeers will be out to snap a three-game losing streak after an 85-65 loss to the same Marquette Golden Eagles in their last outing. Tyrique Jones led the Musketeers with 16 points on 6 of 9 shooting with 6 rebounds while Naji Marshall had 15 points with a team-high 7 rebounds and Paul Scruggs added 11 points with 5 assists as well in the defeat. Zach Freemantle added 10 points with a pair of threes to cap off the group of double-digit scorers for Xavier in the losing effort. Marshall leads the Musketeers in scoring with an average of 16.7 points per game while Jones leads Xavier in rebounding with 9.6 rebounds per game and Goodin leads Xavier in assists with 4 assists per game this season. As a team, Xavier is averaging 71.8 points per game on 43.4% shooting from the field, 29.4% from behind the arc and 68% from the foul line this season.

I’m tempted by the free bucket with Georgetown as the Hoyas have been playing better than the Musketeers lately, but the problem for me is that Georgetown has been beaten up in conference play on the road this season, including double-digit losses to Villanova, Seton Hall and Providence. Xavier is a better team than how they’ve been playing lately, and are outscoring teams by 6.8 points per game at home this season. I’ll lay the bucket with Xavier in this one. 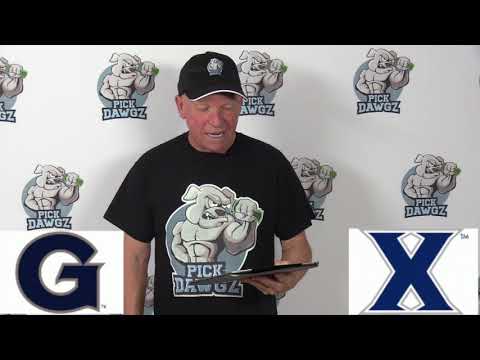