The Alabama Crimson Tide and the Vanderbilt Commodores meet in college basketball action from Vanderbilt University Memorial Gym on Wednesday.

Alabama enters this one at 10-7 so far. The tide are 3-1 in their last four games, with a loss to Kentucky alongside wins over Mississippi State, Auburn and Missouri in that stretch.

In the win over the Tigers, Alabama’s John Petty led the team on 20 points with six rebounds and two assists. Both Jaden Shackelford and Alex Reese posted 17 points apiece there, combining for four assists and eight boards.

Over on the Vanderbilt side, they’re 8-9 so far. The Commodores have lost their last five straight games, dropping to SMU, Auburn, Texas A&M, Arkansas and Tennessee in that time.
In the loss to the Volunteers, Scotty Pippen Jr. was the lead scorer on 16 points, two rebounds and one assist. Saben Lee was the only other Commodores player in double-figures there with 14 points.

Alabama didn’t slow down after their big win over Auburn, and they rolled past Missouri with a convincing 88-74 victory void of hangover. The Tide have now logged at least 83 points in seven of their last eight games.

As for Vanderbilt, they haven’t shown much life since their game against Auburn, with 55 or fewer points scored in three straight games. I can’t find a lot of reasons not to take Alabama on the cover here. 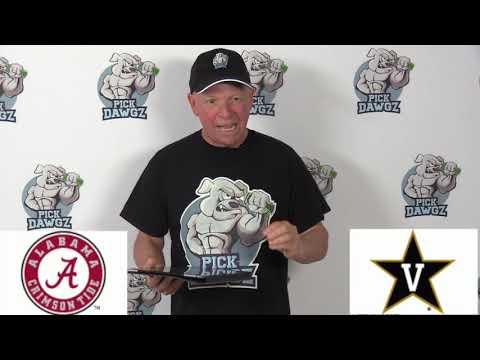