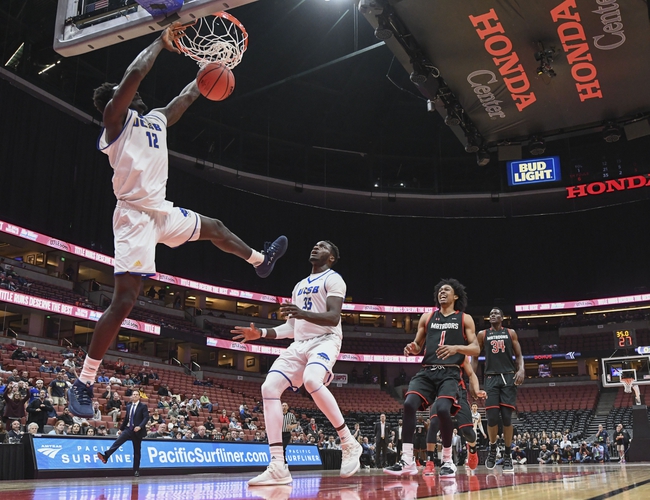 The CSU-Northridge Matadors and the UC-Santa Barbara Gauchos meet in Big West conference college basketball action from the Thunderdome on Wednesday night.

The CSU-Northridge Matadors will try to find some consistency after alternating wins and losses in each of their last 4 games after a 66-62 loss to UC-Davis last time out. Terrell Gomez led the Matadors with 22 points on 8 of 20 shooting with 6 threes and a team-high 3 assists while Lamine Diane added 19 points with 11 rebounds for the double-double as the only other Matador to score in double figures in the losing effort. Diane leads the Matadors in scoring and rebounding by averaging a double-double per game with 27.4 points and 10.9 rebounds per game while Darius Brown II leads the Matadors in assists with 4.2 assists per game this season. As a team, CSU-Northridge is averaging 74.5 points per game on 44.4% shooting from the field, 35.5% from behind the arc and 70.5% from the foul line this season.

The UC-Santa Barbara Gauchos will look to rebound from back-to-back losses after a 70-63 loss to Hawaii last time out. Max Heidegger led the Gauchos with 21 points on 8 of 15 shooting while Jaquori McLaughlin added 14 points on 5 of 9 shooting as the only other double-digit scorer for UCSB in the losing effort. Matt Freeman added a team-high 5 rebounds as well in the defeat. McLaughlin leads UC-Santa Barbara in scoring and rebounding with an average of 15.1 points and 3.8 assists per game while Amadou Sow leads the Gauchos in rebounding with 6.7 rebounds per game this season. As a team, UC-Santa Barbara is averaging 71.9 points per game on 46.7% shooting from the field, 33.1% from behind the arc and 75.3% from the foul line this season.

I am tempted by the Matadors and the points given how well they shoot the three, but the problem is that CSU-Northridge is also a sieve defensively, giving up 78.9 points per game and that number goes up on the road, to 83.3 points per game against for the Matadors. UCSB hasn’t been great in their last couple of games, but I think the Gauchos take advantage of a porous CSU-Northridge defense, so I’ll lay the points with UC-Santa Barbara here.