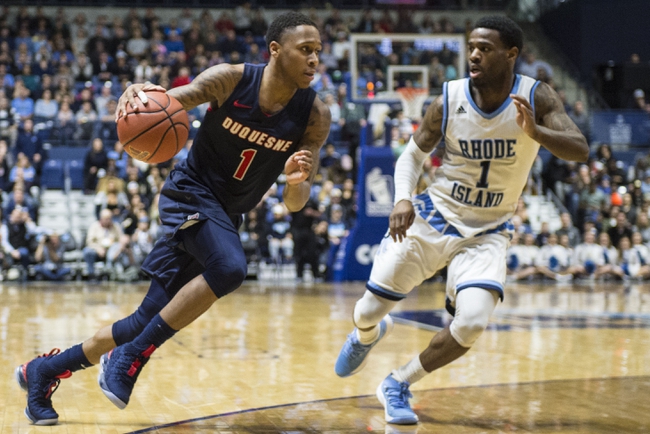 The Duquesne Dukes and the Rhode Island Rams meet in college basketball action from Ryan Center on Wednesday.

Duquesne enters this game at 15-2 so far. The Dukes are riding a five-game winning streak, taking out Saint Louis, Davidson, Saint Joseph’s, George Washington and Fordham in succession.

In the win over the Rams, Duquesne’s Lamar Norman posted 20 points to lead the team, and was the only Dukes player to finish in double-figures. Marcus Weathers added 10 rebounds with eight points there as well.

Over on the Rhode Island side, they’re 12-5 this year. The Rams are on a four-game winning streak themselves, taking out Davidson, VCU, Saint Joseph’s and La Salle in that stretch.

The Dukes have had a couple of close calls during this winning streak—namely 66-61 against GW and 58-56 versus Fordham—but overall it’s been a great run. Duquesne has gotten back to defense-focused play lately and it’s served them well.

The Rams have tightened up on opposing offenses as well, and they haven’t allowed 70 points in any of their last five games. This should be a lower-scoring affair, and I like Rhode Island to eke out a cover.